Portrait of Samuel and Liesl Ekerling sitting on an outdoor bench in the United States shortly after they immigrated. They mailed this photograph back to their parents in Vienna. 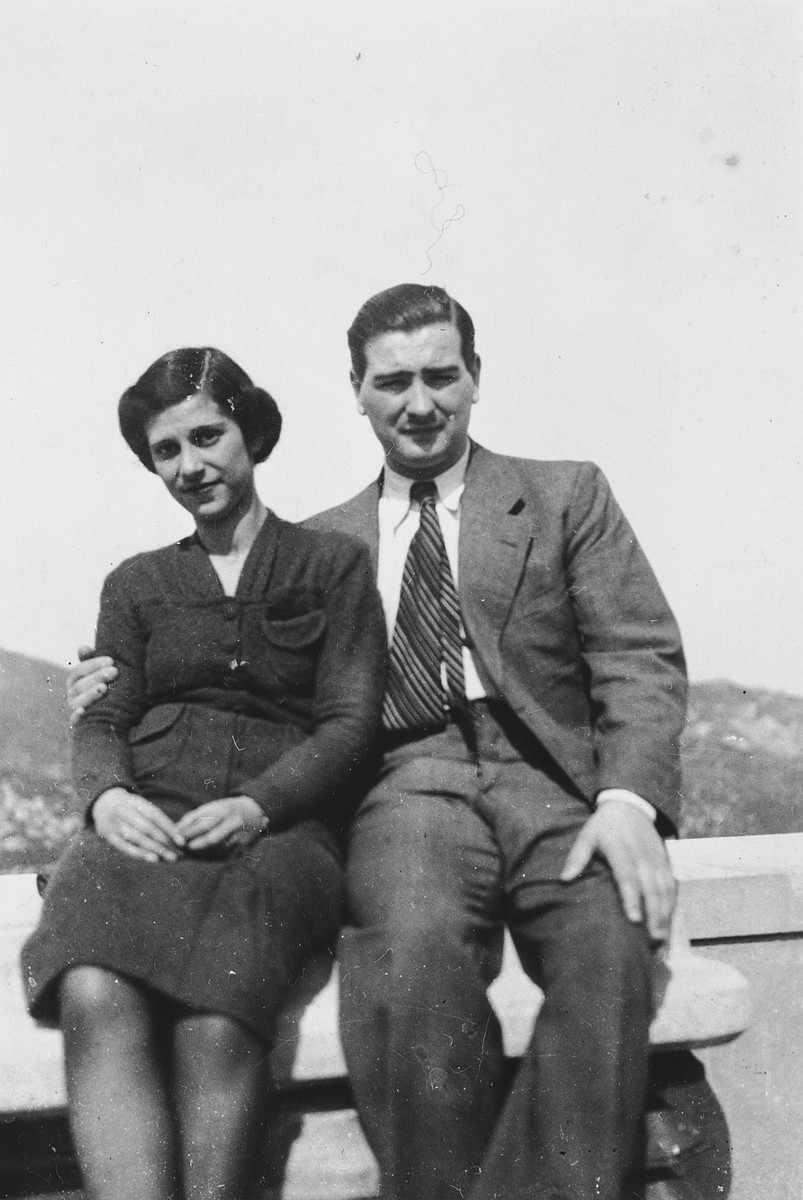 Portrait of Samuel and Liesl Ekerling sitting on an outdoor bench in the United States shortly after they immigrated. They mailed this photograph back to their parents in Vienna.

Biography
Dottie Ekerling Goldstein is the daughter of Samuel Ekerling and Liesl (later Alice) Breuner Ekerling. Samuel and Alice married in May 1938, just two months after the Nazi takeover of Austria. Samuel used the money he had saved for their honeymoon to purchase tickets to the United States. Samuel left first and immediately made arrangements to bring the rest of his family to America. He succeeded in bringing over his wife, parents, and almost twenty other people. Alice came to the United States in January 1939. His father received a letter from the Gestapo ordering him to report for a transport on October 27, 1939. That same day he received tickets for America from Samuel and safely emigrated from Nazi Austria.