Children in a JDC sponsored summer camp in Poland. 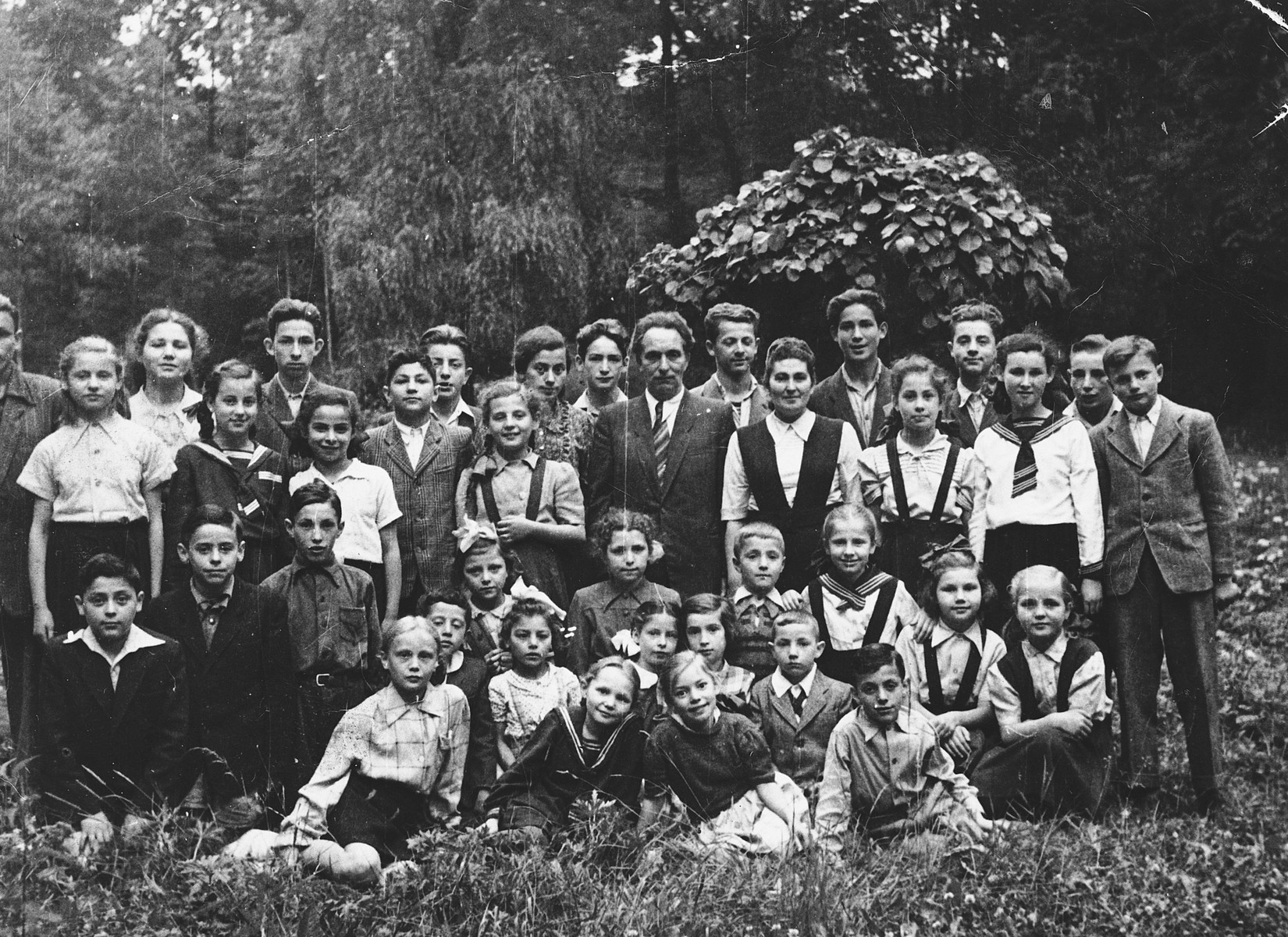 Children in a JDC sponsored summer camp in Poland.

Among those pictured is Leah Szain.

Biography
Leah Sichel (born Ludmilla Iastuhina, (later Leah Szain) was born in Kharkov, Ukraine on June 23, 1937. Her parents named her Ludmilla to hide the fact that she was Jewish because of Stalin's antisemtiic policies. Leah's mother was born and raised in the Jewish settlement of Noviiy Zhitomor. After Jewish farmers were expelled from their settlements, her mother went to live in Kharkov where she became the principal of a Jewish day school. In the early 1920s Stalin closed the school along with all other Jewish establishments. Ludmilla's mother then went to study engineering at the University of Kharkov, where she met her future husband, Michael. Both of them became civil engineers. In 1937, the year Ludmilla was born, her father was deported to Siberia during a Stalinist purge of Jewish intellectuals. From then until 1941 Leah lived in a government-run children's home while her mother worked in a turbine factory. After Germany attacked the Soviet Union in June 1941, the Soviets moved the factory and its essential personnel east to the Ural Mountains. There, the workers lived in a gulag (work camp) and manufactured gas and munitions. Ludmilla was transported to a different government children's home not far from her mother's camp. Though she was not permitted to leave the home frequently, she did manage to see her mother a few times during the war. Ludmilla was taught to hate Jews and to think of Stalin as her father, and grew up without the knowledge that she was Jewish. However, in 1946 Ludmilla's mother managed to escape to Poland with her daughter. Only then did they resume their Jewish identity. Ludmilla changed her name to Leah Szain, adopting the last name of a Jewish man, Hersz Szain, who helped get them out of the Soviet Union. Leah studied in a Jewish school together with child survivors of the Holocaust. However, two years later, after the Soviets asserted control of Poland, they closed the school. Leah had to attend a Polish Catholic school where she was forced to attend catechism classes. After much effort, Leah and her mother were granted permission to leave Poland for Israel in November 1950. After completing high school and serving in the Israeli army, Leah studied in a Teacher's Seminary in Jerusalem and married Paul Sichel.