Claire Brunschwig-Metzger holds her newborn baby son Daniel in her arms outside a large building in Le Chambon-sur-Lignon. 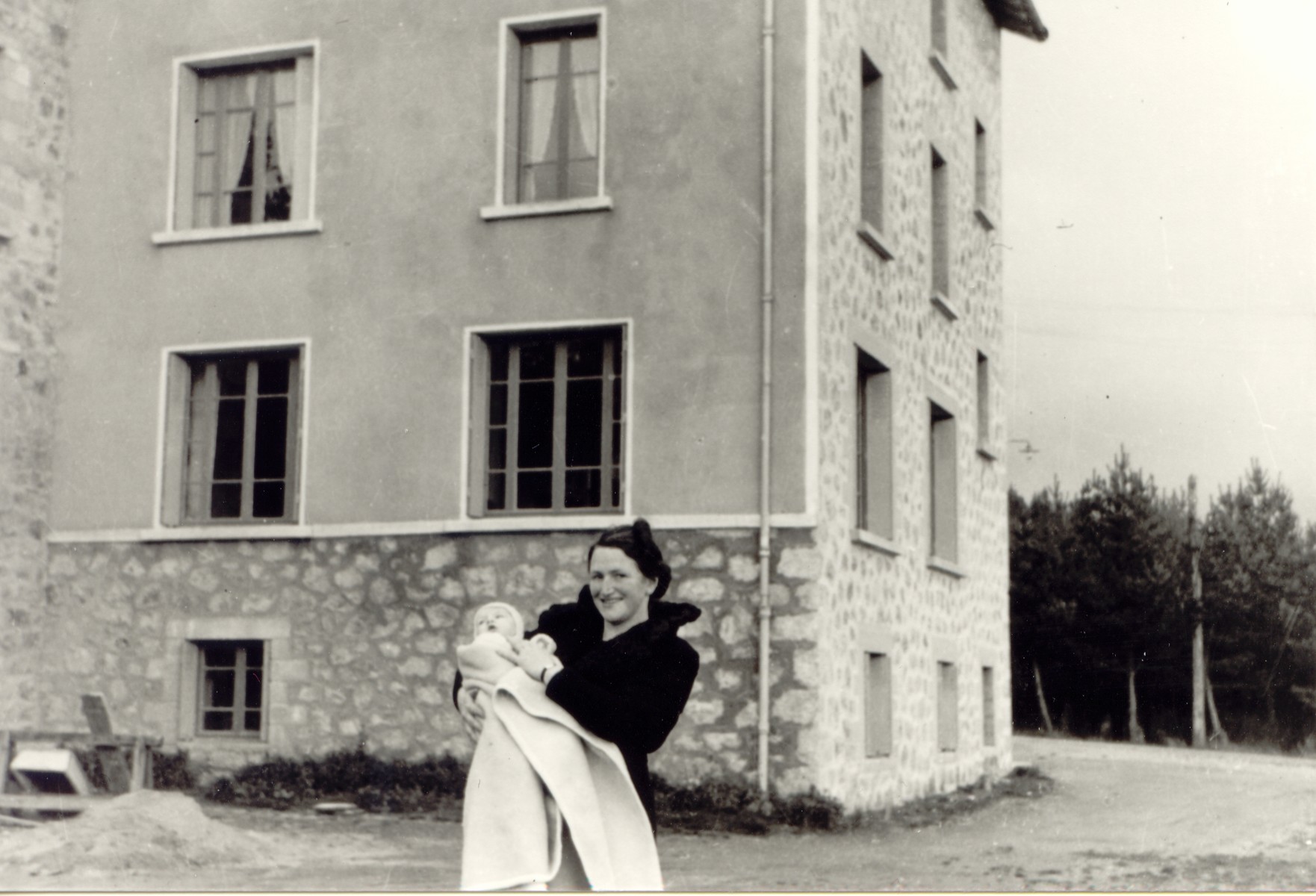 Claire Brunschwig-Metzger holds her newborn baby son Daniel in her arms outside a large building in Le Chambon-sur-Lignon.

Biography
Arlette Cahen-Brunschwig (born Arlette Brunschwig) is the daughter of René Brunschwig and Germaine Brunschwig-Metzger. She was born in Colmar (Alsace) on December 3, 1937. Both of her parents were born in Alsace: her father in Mulhouse, and her mother near Strasbourg. Shortly before the start of World War II, they opened a furniture business in Colmar together with Arlette's uncle and aunt, André and Claire Brunschwig-Metzger. Claire was Germaine's sister, and André was René's brother. Following the start of World War II, in September 1939, both families fled to Le Chambon sur-Lignon. Claire gave birth to a baby boy, Daniel, shortly after their arrival on September 15, 1939, and her sister, Germaine, gave birth to a second daughter, Sylvie, on October 30, 1939. In the spring of 1940, the two families fled a second time to escape the German advance. They first went to Arcachon, in southwest France and then Cannes, which was occupied by Italy. René, who had previously served in the French army, joined the Free French forces of General De Gaulle and left France on a ship that sailed from St. Jean de Luz in July 1940. Half a year later, Germaine and their two daughters received an affidavit to travel through Spain and Portugal. From there they boarded a ship to New York in December 1940. In 1942 Rene was sent as a Free French naval liaison officer to St. Pierre et Miquelon, a French island off the coast of Canada. Germaine, Arlette, and Sylvie joined him in St. John's Newfoundland and later followed Rene to postings in Halifax and Washington. They returned to France in May 1946. Rene's brother and his family were less lucky. After Germany seized control of the Italian zone, they began rounding up Jews in the streets and houses of Cannes. Andre, Claire, and Daniel Brunschwig were among those captured. They were sent to Drancy and on October 28, 1943 were deported on convoy 61 to Auschwitz, where they perished.