A Jewish couple sits around a small table covered with an embroidered tablecloth in their home. 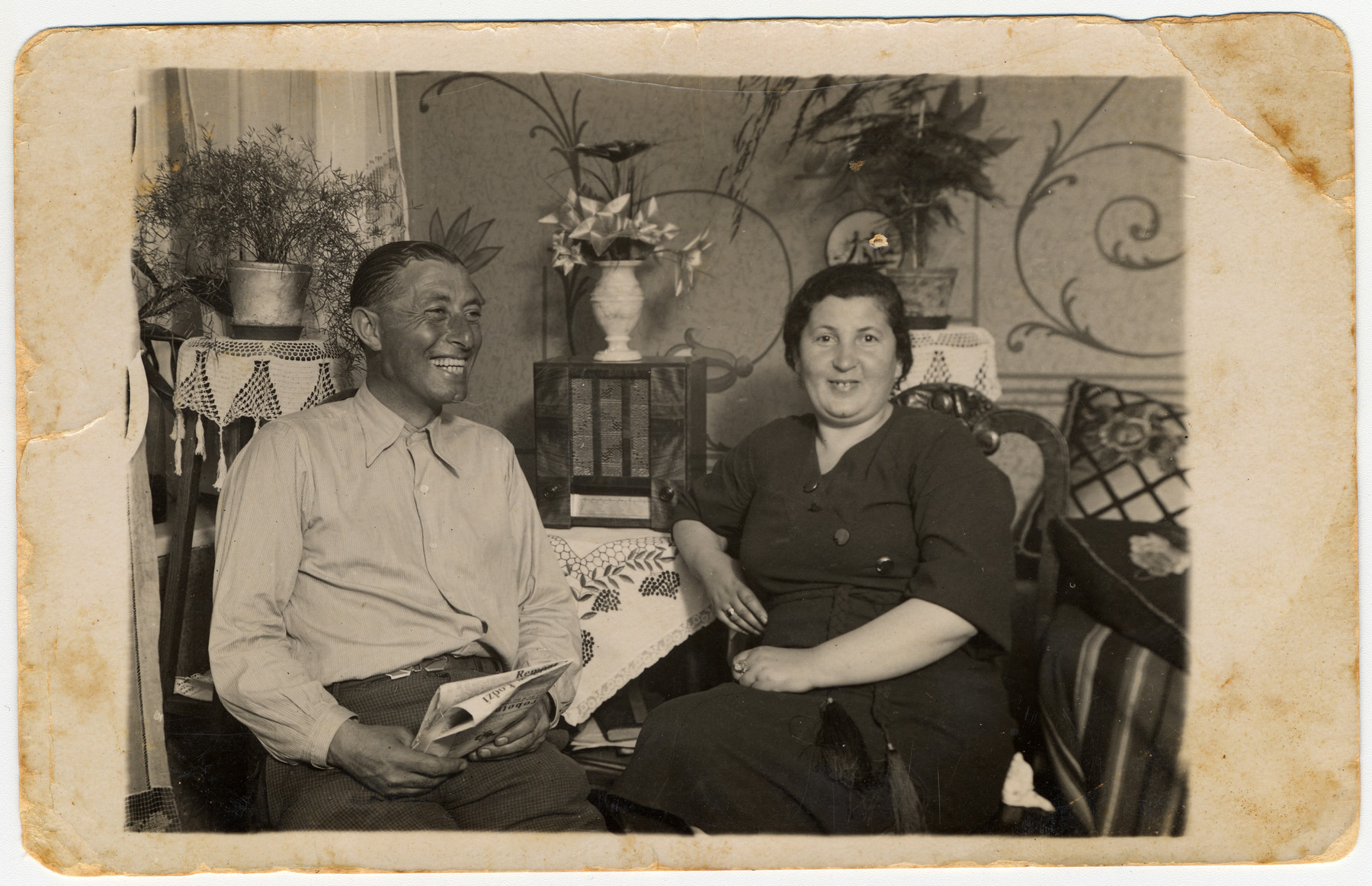 A Jewish couple sits around a small table covered with an embroidered tablecloth in their home.

Pictured are Binyamin and Frymet Bergman, the donor's parents. Both perished in Auschwitz in 1944.