Members of the Westerbork string orchestra pose on stage with their instruments. 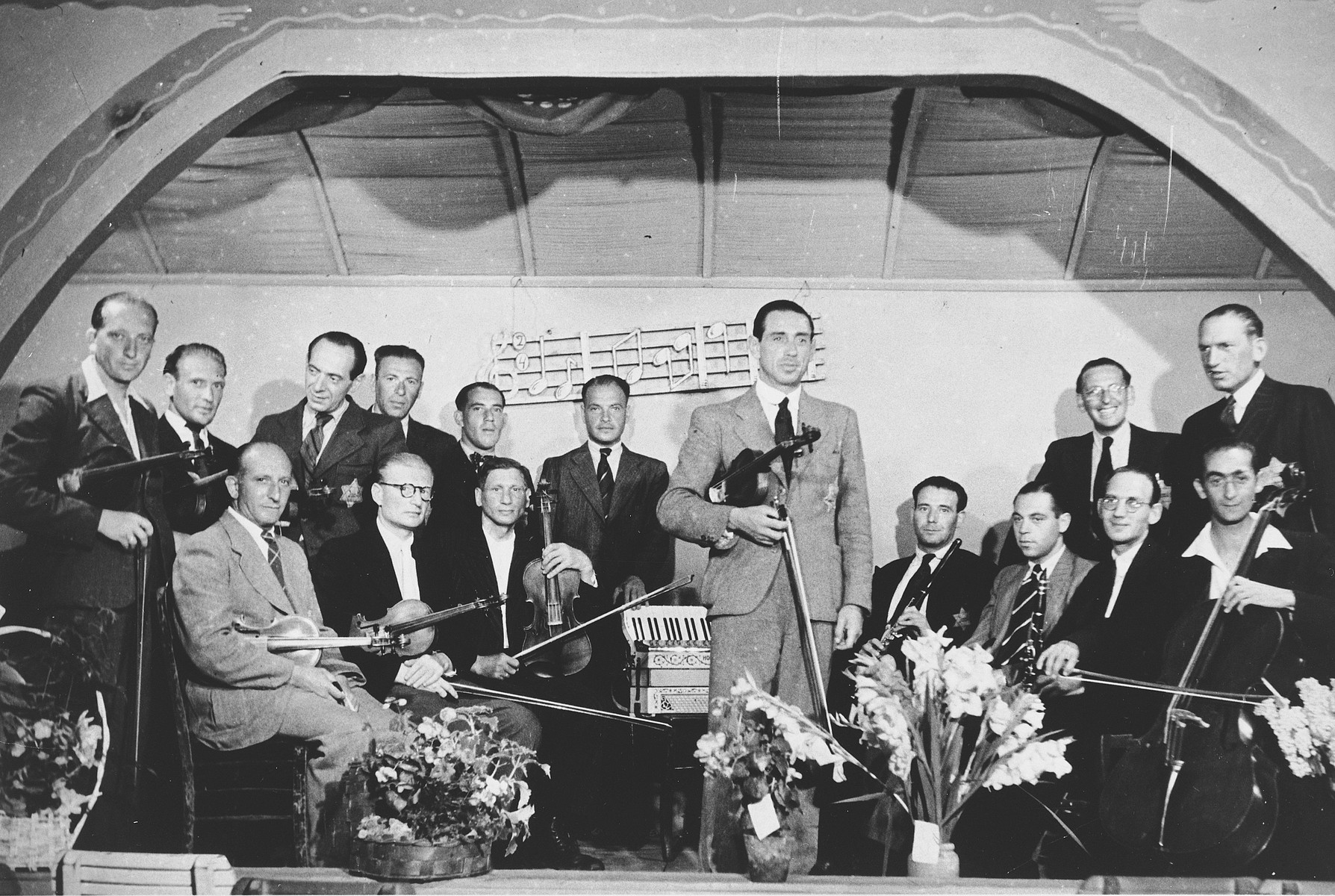 Members of the Westerbork string orchestra pose on stage with their instruments.

Guitarist Salomon de Zwarte is standing third from the left.