A Hungarian Jewish man, stands in a doorway wearing a yellow star. 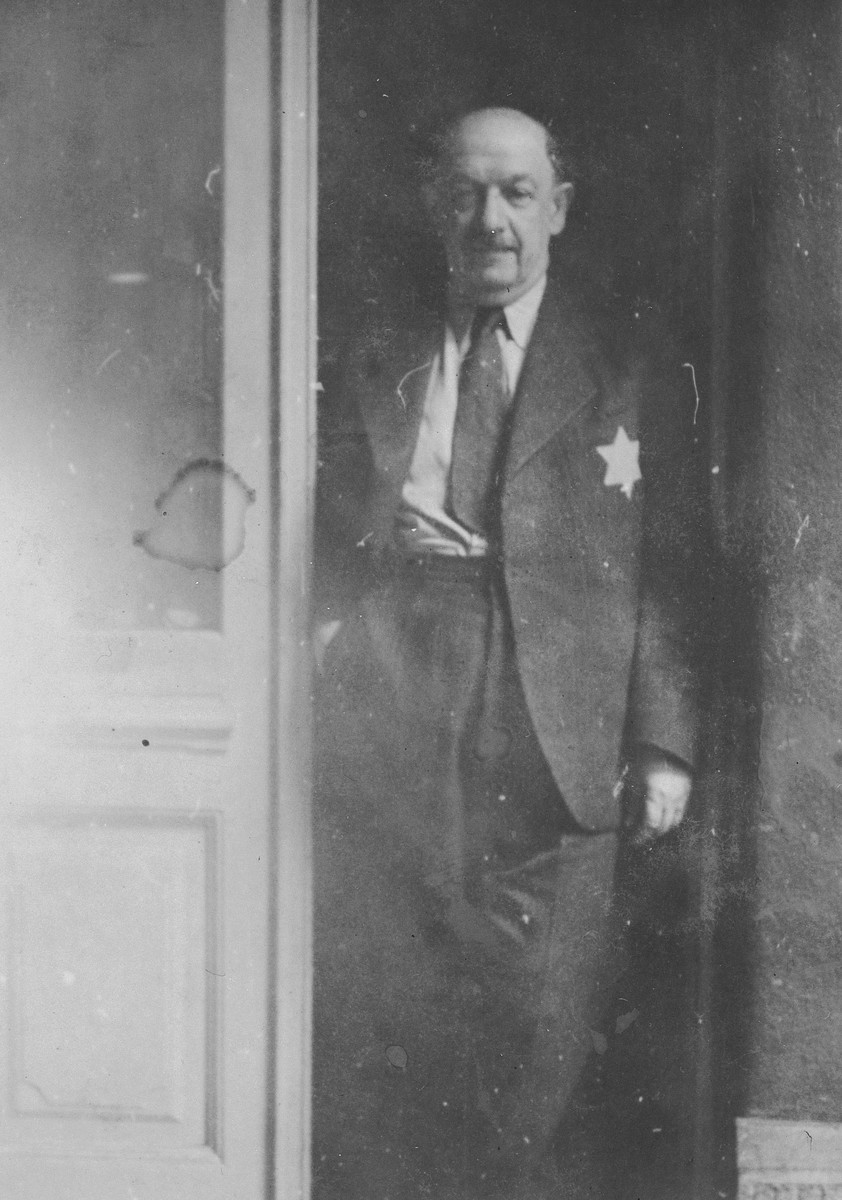 A Hungarian Jewish man, stands in a doorway wearing a yellow star.

Pictured is Marcus Trebitsch, the donor's uncle. He had served as the head of the Chevra Kaddisha (burial society) for the Neologue community. He survived the war.