Two Jewish sisters pose with the nun who had hidden them and a group of Belgian children in the Couvent de la Misericorde in Louvain. 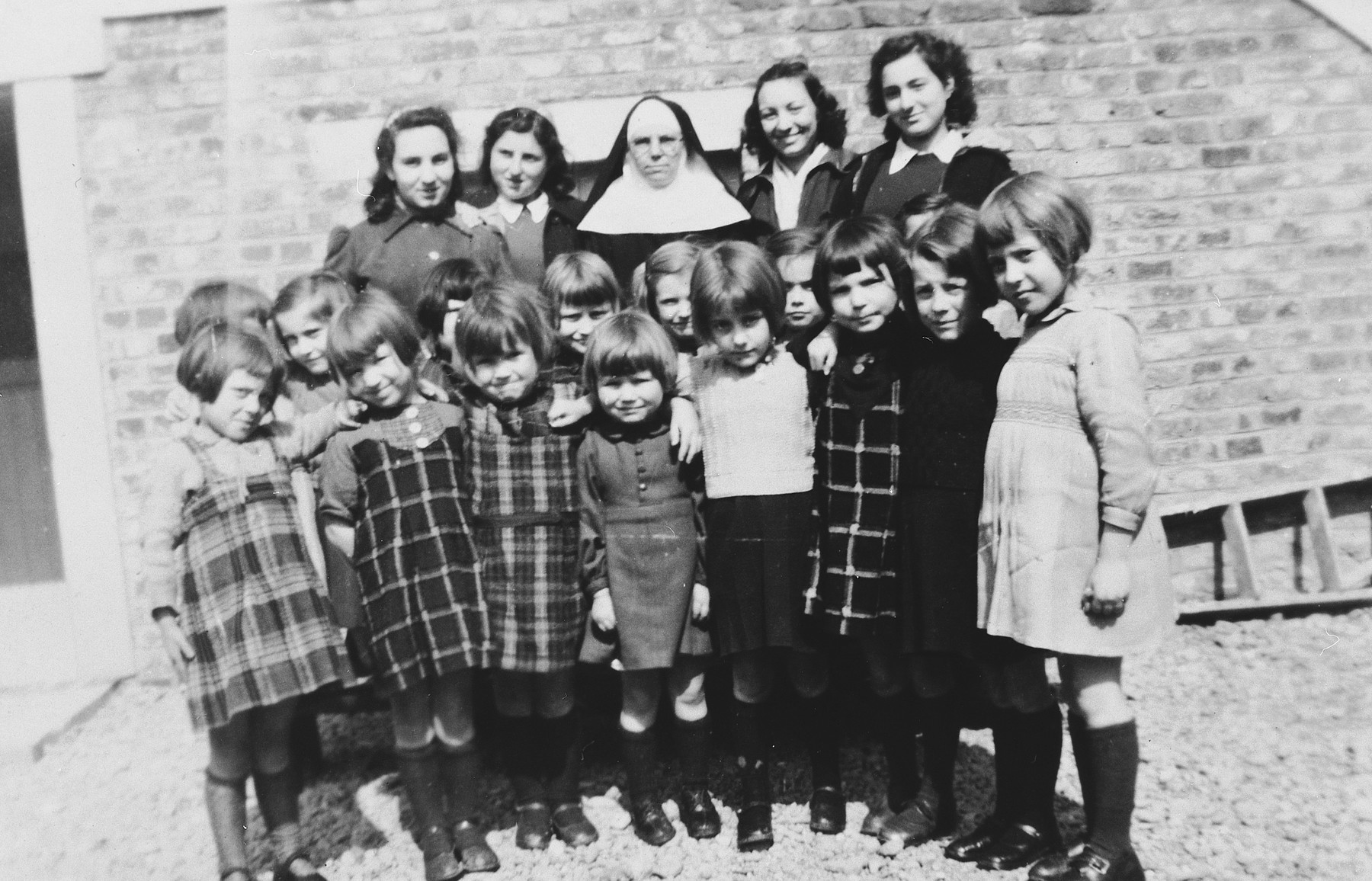 Two Jewish sisters pose with the nun who had hidden them and a group of Belgian children in the Couvent de la Misericorde in Louvain.

Pictured in the back row are Cecile and Anny Rojer and Sister Clotilde.

Biography
Cecile Jeruchim (born Cecile Rojer) is the daughter of Abraham Rojer (b. April 6, 1902) and Geshewa Rojer (b. February 7, 1906). She was born on October 4, 1931 in Brussels where her father worked as a leather goods manufacturer. Cecile has an older sister Anny (b. December 25, 1929) and a younger brother Charles Louis (b. December 6, 1934). Germany invaded Belgium in May, 1940 and began rounding-up Jews two years later. The Rojer family stayed in Brussels until Abraham and Geshewa's arrest in January of 1943. They were sent to Malines internment camp and from there to Auschwitz where they perished on January 18, 1943. The three children survived in hiding. After their parents were arrested, Cecile and Anny hid in the rehabilitation hospital in Woluwe St. Pierre for two months and then in Baron d'Muart's Chateau de Voneche until August 1943. From September 1943 until April 1945 the girls stayed in the Couvent de la Misericorde in Louvain. Cecile was baptized while in the convent. Charles was hidden in Villa Irene in Francorchamps for most of the war. In April 1945 Anny and Cecile were liberated by American troops. After the war, the girls stayed in Le Home des Hirondelles, a children's home in Anderlecht until immigrating to New York in June 1948 to live with relatives. Cecile Rojer's education was curtailed because of the war and after arriving in the United States she earned her high school equivalency diploma. She later became a ballroom dancing and aerobics instructor. On November 6, 1955 Cecile married Simon Jeruchim, a child survivor from France.