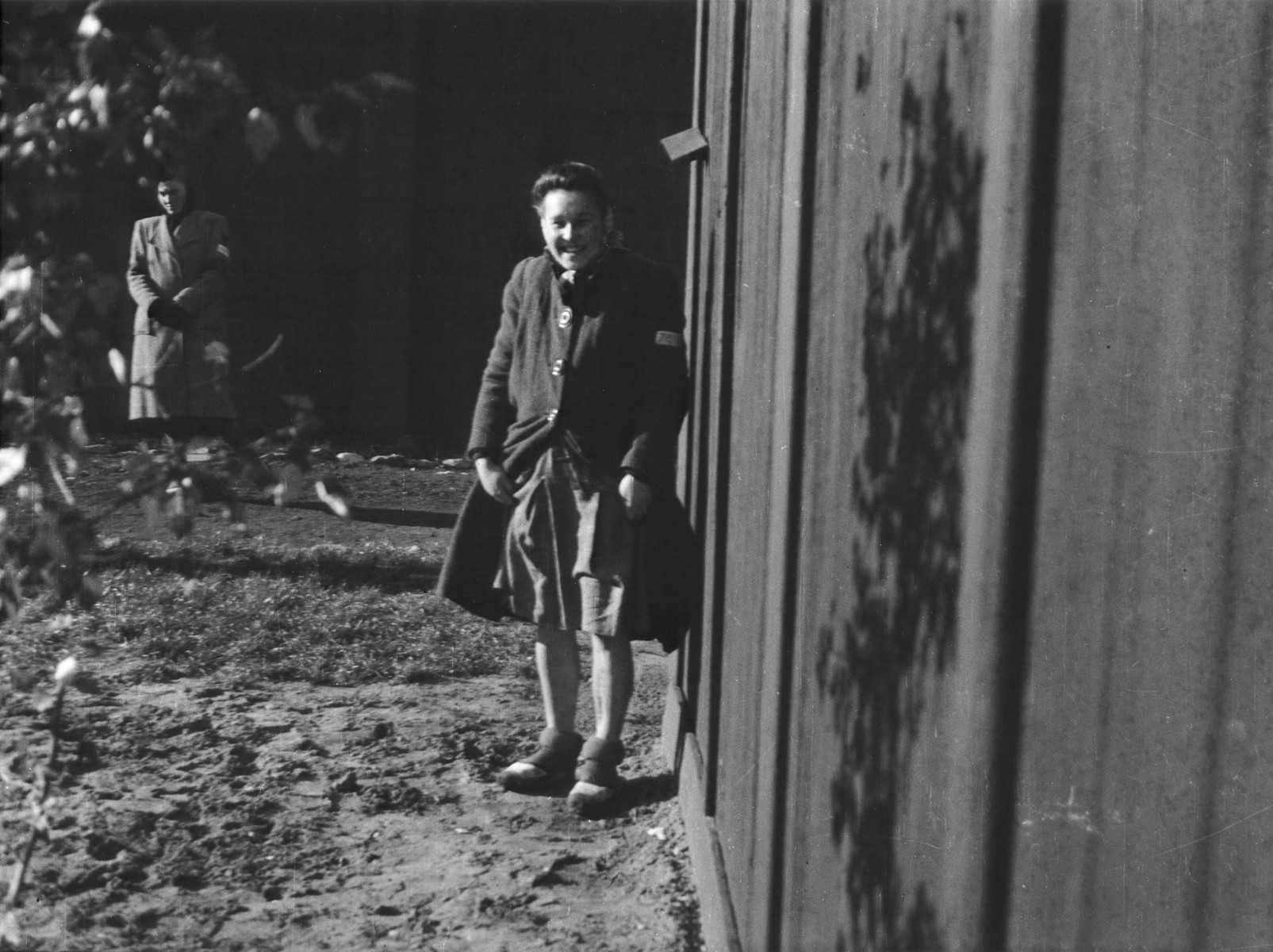 Pictured is Barbara Pietrzyk. Her prisoner number is visible on the sleeve of her coat. Maria Kusmierczuk is standing in the back.

See https://www.ushmm.org/wlc/en/article.php?ModuleId=10005188.
See Also https://www.ushmm.org/wlc/en/article.php?ModuleId=10005199.
See Also "Ravensbruck Main Camp" in Encyclopedia of Camps and Ghettos Volume 1 Part B.
Biography
Barbara Pietrzyk was send to Ravensbruck from a Warsaw prison on September 23, 1941. In November 1942 , she underwent the first of five bone operations on both legs. She was then only 16 years old. Nazi physicians made incisions in her legs and then purposely infected them with bacteria, dirt and slivers of glass, in order to simulate the combat wounds of German soldiers fighting in the war. Barbara died two years after liberation in 1947 at the age of 21 as the result of the operations, postwar conditions and a lack of proper medical care.