A German-Jewish mother takes her son for a walk through a grassy field. 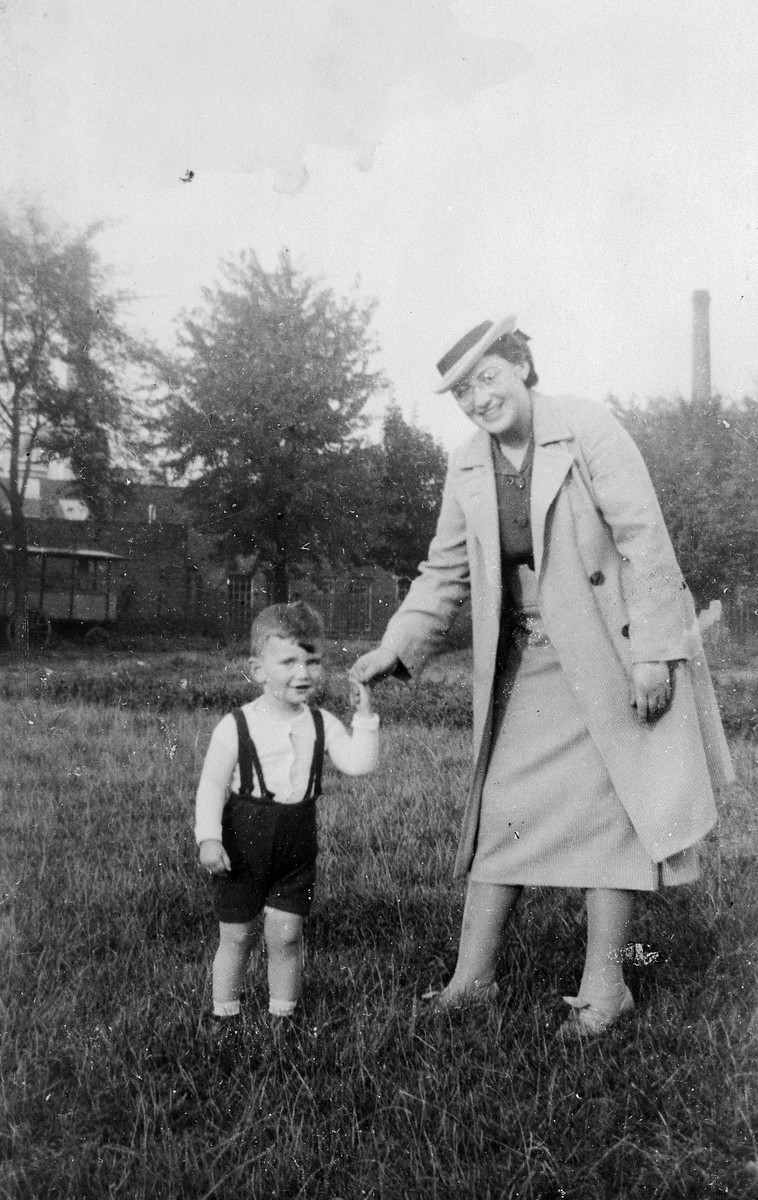 A German-Jewish mother takes her son for a walk through a grassy field.

Pictured are an aunt and cousin of the donor, Kurt Pauly.