Group portrait of Jewish school children and their teachers, all of whom are wearing Jewish stars, in the Westerbork transit camp. 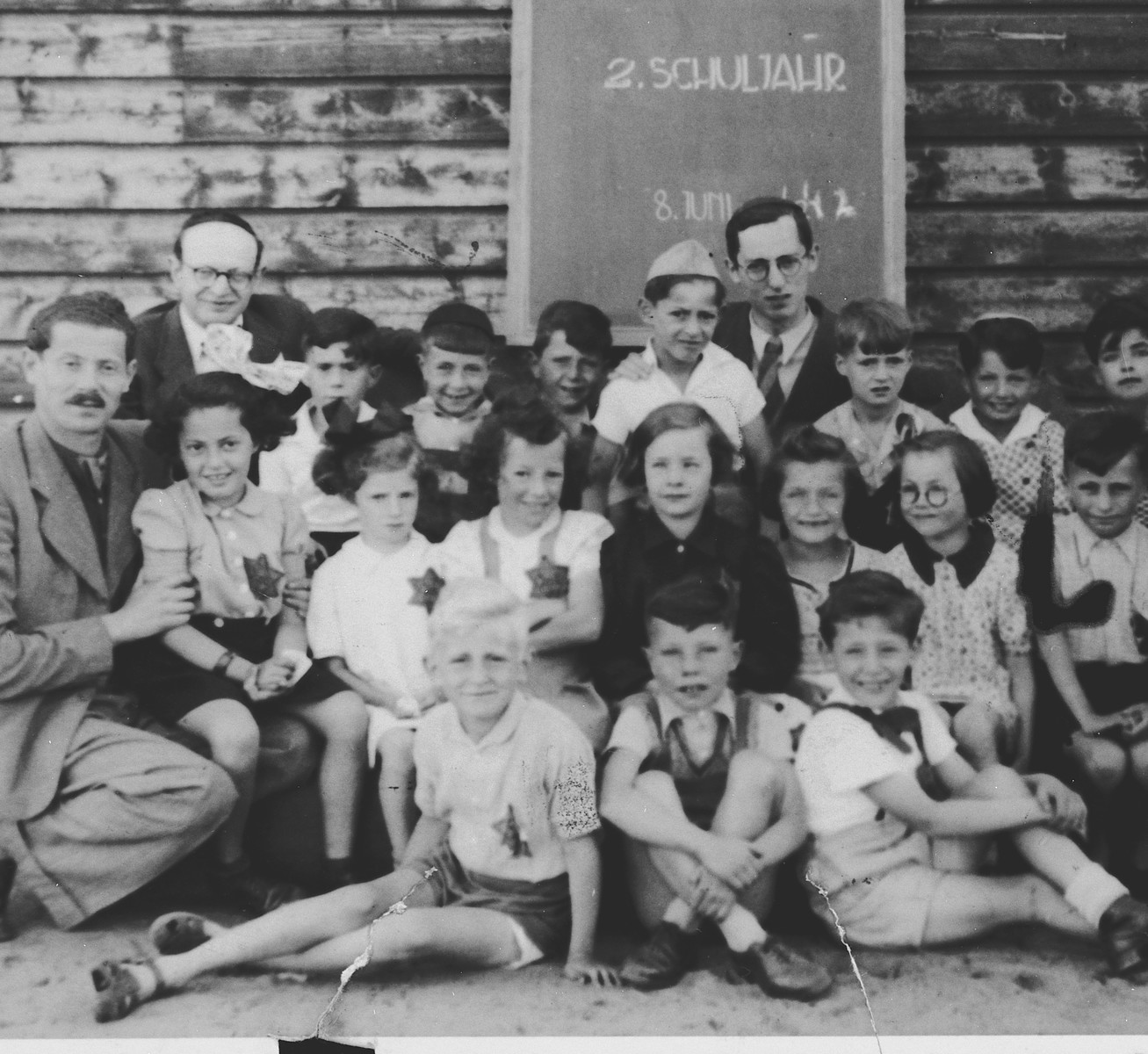 Group portrait of Jewish school children and their teachers, all of whom are wearing Jewish stars, in the Westerbork transit camp.

Among those pictured is Michael Fink (back row center with the white shirt and hat).