Three German-Jewish men stand next to a small dog on the sidewalk of a commercial street in Breslau. 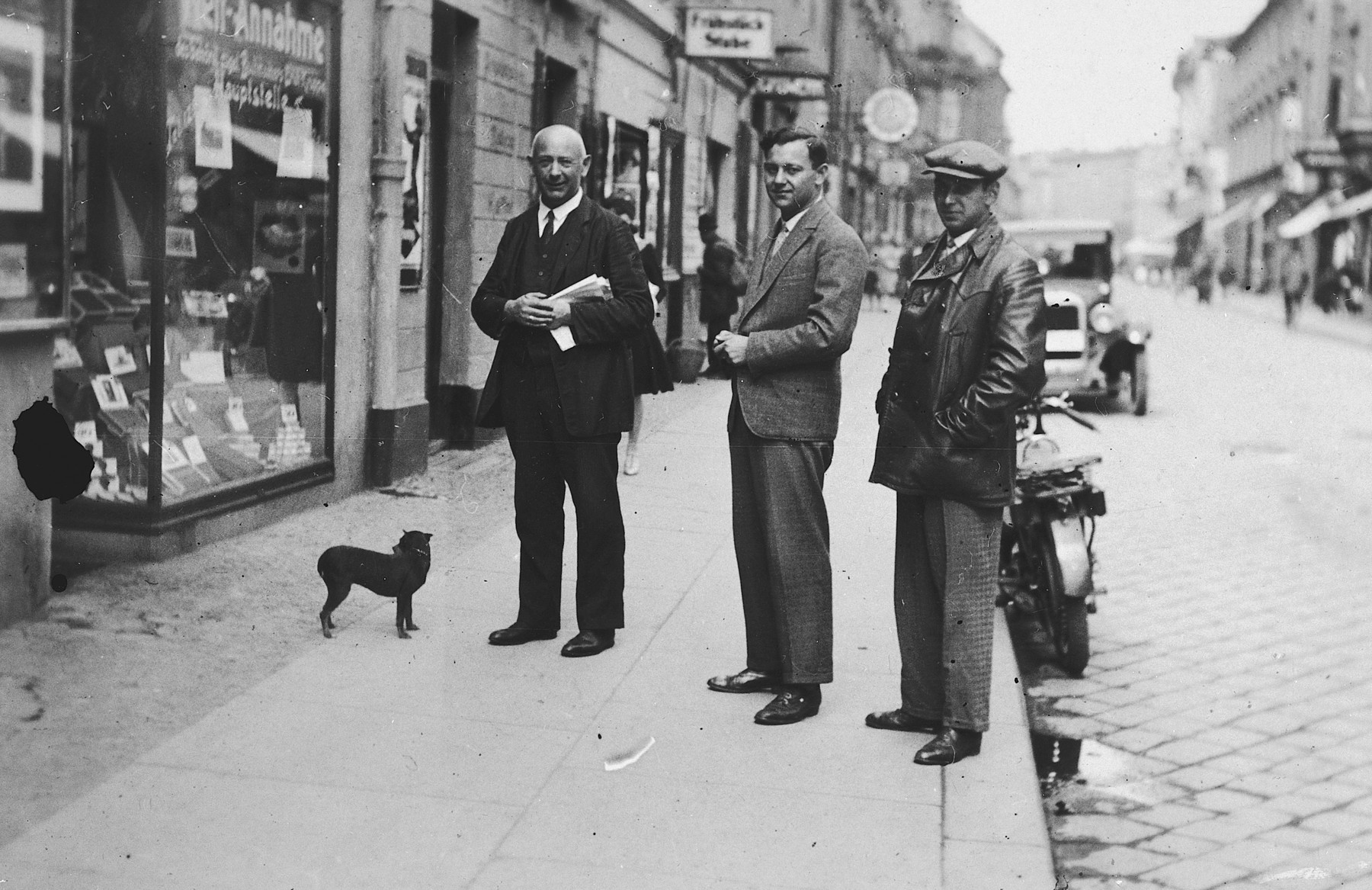 Three German-Jewish men stand next to a small dog on the sidewalk of a commercial street in Breslau.

Pictured are Manfred Fink, his father and brother.