A card decorated with an illustration of a prisoner carrying a box of belongings in the Beaune-la-Rolande internment camp. 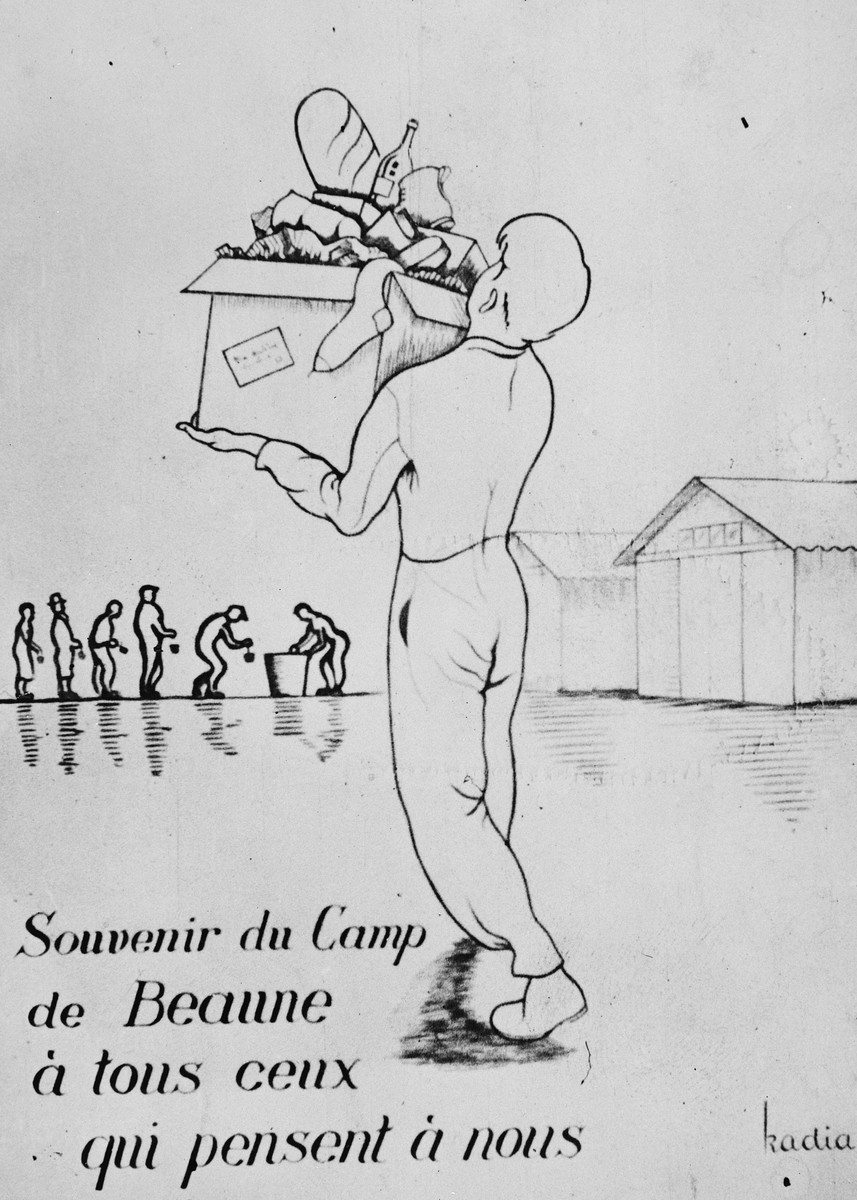 A card decorated with an illustration of a prisoner carrying a box of belongings in the Beaune-la-Rolande internment camp.

The caption reads, "A souvenir from the Beaune Camp for everyone who thinks of us."