Wartime portrait of a French-Jewish family. 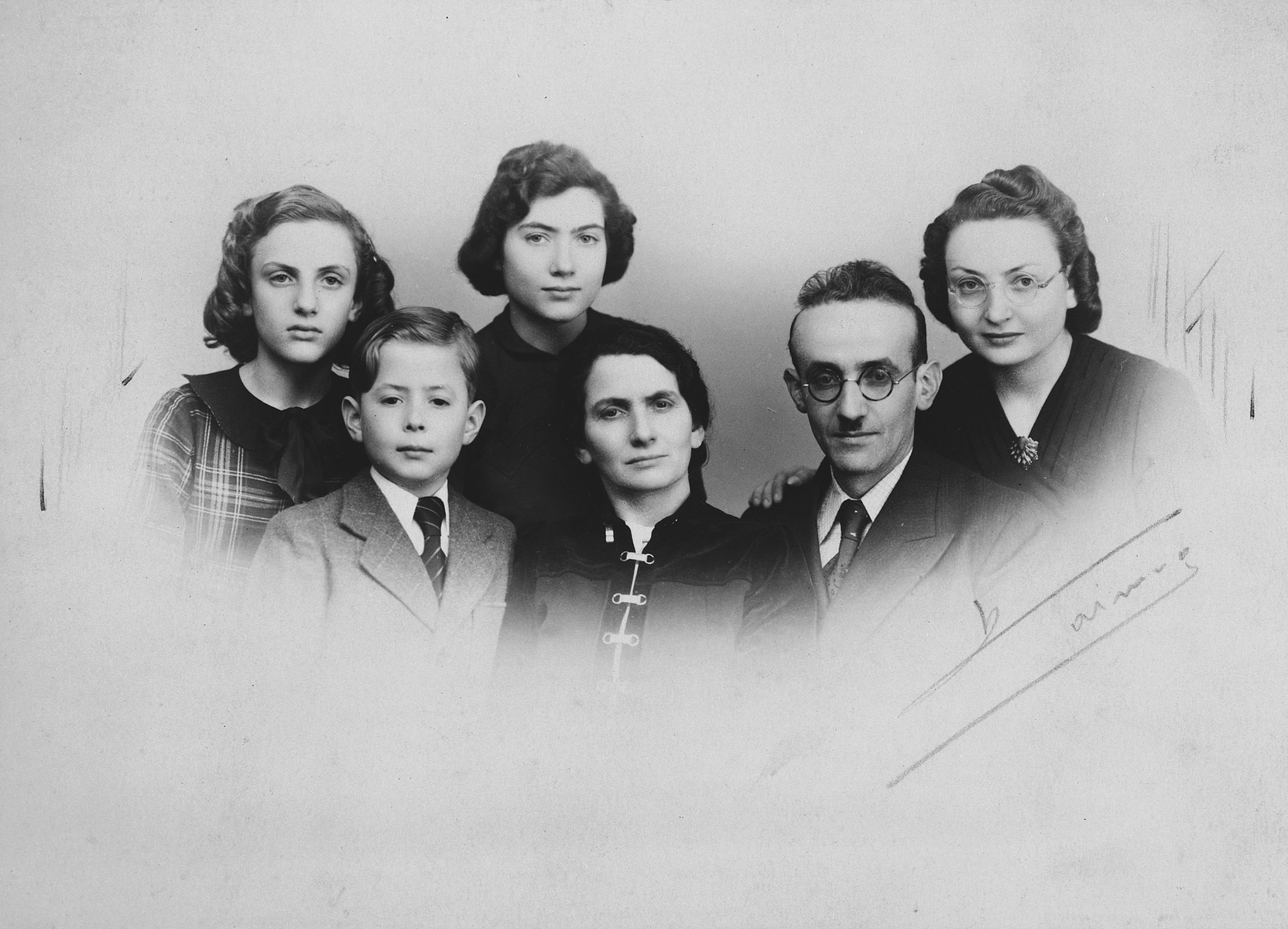 Wartime portrait of a French-Jewish family.

Biography
Henri (Chaim) Bomblat is the son of Shimon and Gittle Bomblat. He was born in Paris on September 15, 1931. His father, a Yeshiva student was born on February 13, 1900 in Siedliec, Poland. At the age of 19, he married Gittle Stolek (b. 12/25/1896, Warsaw). Henri had three older sisters Sarah Rivka (b. Warsaw 12/7/19), Rosette, (b. Paris 11/20/24), and Suzanne (today Niomi, b. 5/14/28). The Bomblat family moved to Paris in 1923 via Berlin. They arrived penniless, but Gittle was a good business woman, having worked in Warsaw in a grocery store. She manufactured simple clothes at home and sold them. In 1937 they bought a clothing store in Paris. The following year, they moved to the town of Drancy close to where the store was located and rented an apartment on Rue de Faubourg St. Martin. Henri's two older sisters worked in the store with their mother. In 1940 when the Germans entered Paris the family fled south, arriving in St. Germaine des Fosses. A few people came to help the arriving refugees, and for three months they lived with the Ferry family before deciding to return to their home in Paris. Henri's parents reopened their store, and he returned to school. In May 1941 when round-ups began, Henri ran to the store and told his father that the French police was looking for him. Shimon decided not to return home. One of his clients, the Chassaings, agreed to protect him in the town of Montsur, and he remained there for the duration of the war. Though now forced to wear a yellow star, Henri continued to go to school up until July 42. When school let out for the summer, Mrs. Chassaing brought Henri and his sister Suzanne to Montsur to spend their summer with their father. The same day she came to get the children, July 16, 1942, the Germans and their French collaborators began the infamous Vel D'hiv round-up. The French police came to the Bomblat's apartment and found Henri's mother, grandmother and older two sisters. Rosette pushed her mother into the neighbor's house via the service door. Rosette asked if she could go and buy bread with her ration coupons which they allowed her to do. Instead of escaping she returned to the apartment as her older sister was there. Sarah still did not have a French passport, as she was born in Poland. Sarah was taken to Drancy and from there was sent on convoy #36 to Auschwitz where she perished. Rosette was born in France and was freed. She then brought her mother to join her father in the village. Her parents wanted Rosette to remain with them, but she insisted upon returning to Paris. The family did not realize that Rosette was working for the "Colonie Scolaire" and was probably in the French Resistance. She remained in Paris until June 1943 when her entire group was sent to Drancy and then Auschwitz on Convoy #55. Henri, Suzanne and their parents were liberated on September 15, 1944.