A young couple sits on a bench in the Leipheim DP camp and looks up at something in the sky. 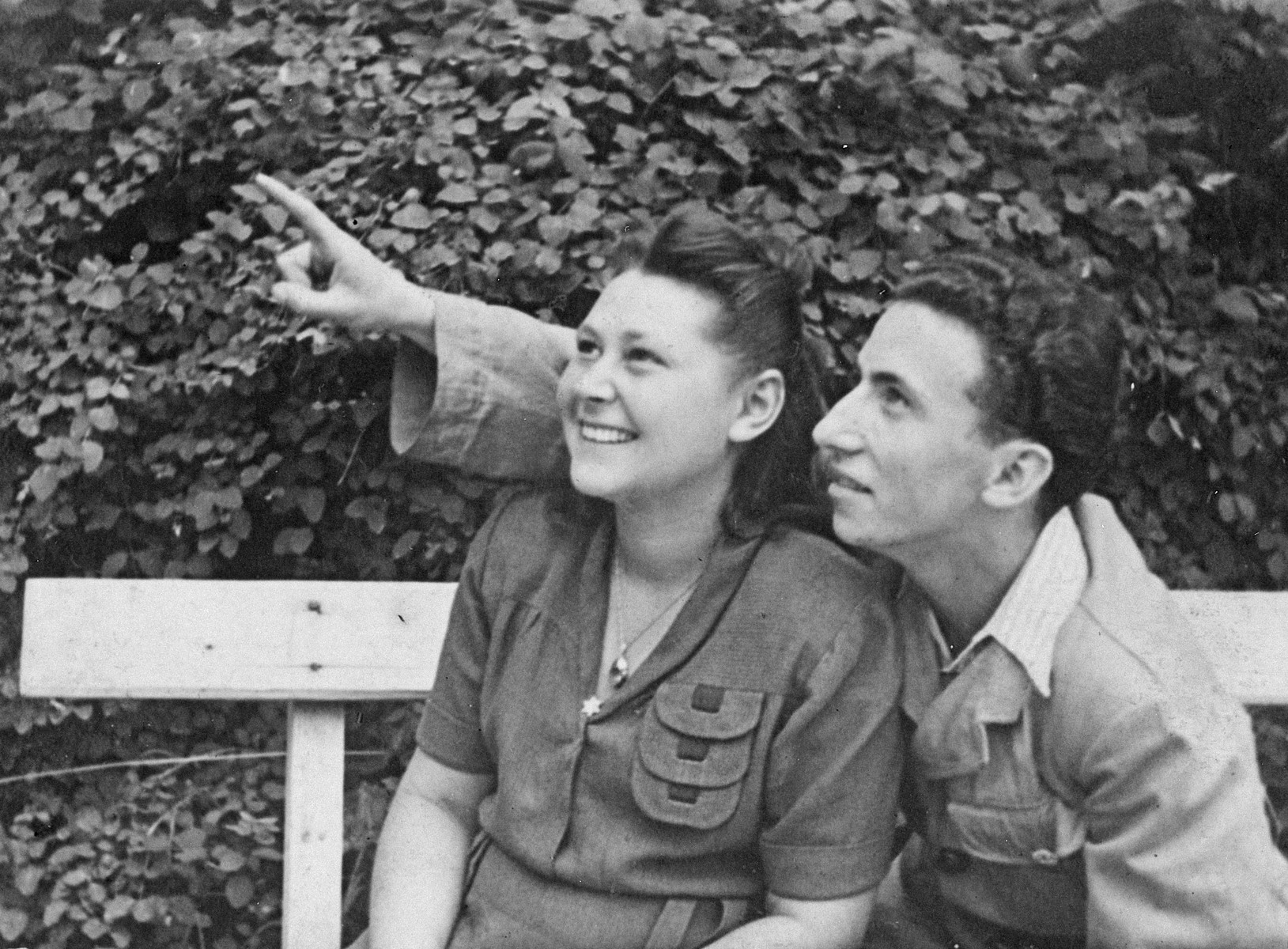 A young couple sits on a bench in the Leipheim DP camp and looks up at something in the sky.

Pictured are Rachel and Lolek Grynfeld.