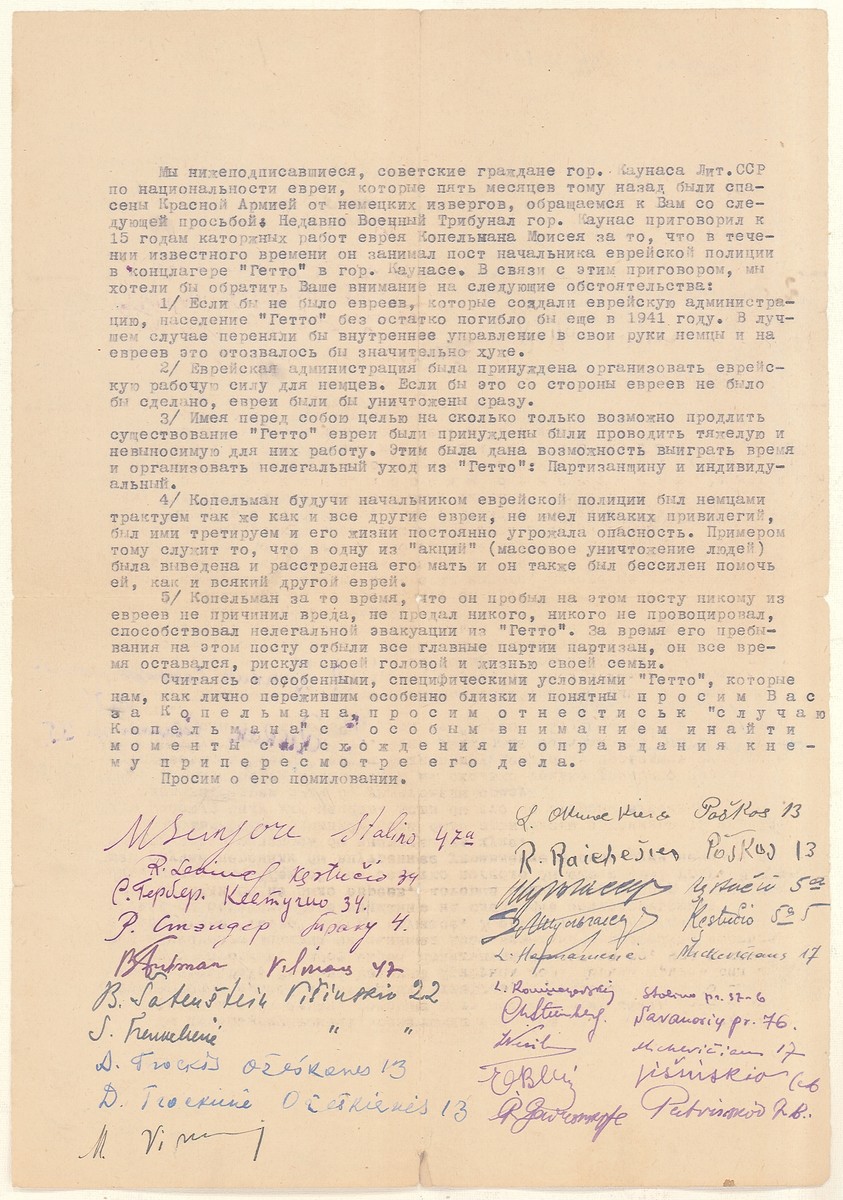 Biography
Moisei Kopelman was the son of Simcha and Dora Kopelman. He was born on May 6, 1895 in Kaunas (Kovno), Lithuania where his father owned a bicycle and a musical instrument shop. His younger brother Lazar was born in 1907. Simcha died of stomach cancer at the age of 50 on November 19, 1912, and a half-year later, in June 1913, Moisei graduated from the Kovno Count Platoff boys' gymnasium. After graduation he left for Heidelberg to study German. After the start of World War I, he returned to Kovno, and in the summer of 1915 began law school at the Petrograd University. After the Bolshevik revolution, the lectures practically ceased and, being a fourth year student, he returned to Kovno in newly independent Lithuania. In February 1919 he began working for the newly formed Ministry of Trade and Industry and soon became the head of its Insurance Sector. Moisei retired from the Ministry in February 1922 in order to devote himself to private business. He helped establish, became a member of the board and the managing director of the joint-stock insurance company "Lietuvos Lloydas". He continued in these capacities through all of the 18 years of the company's existence. In 1927 he married actress Eugenia Gidoni, and in 1928 their son Dmitri was born. In 1930 Moisei also became vice-chairman of the board of another joint-stock insurance company "Lietuva". After the Soviets occupied Lithuania in June 1940, both companies underwent nationalization. On June 22, 1941, Germany launched a surprise attack on Soviet Union and seized control of Kaunas. After the Nazis ordered Jews to move to a ghetto on July 7, the chief rabbis of Kaunas appealed to Moisei to take part in the new "Committee for the Transfer of the Jewish Inhabitants to Slobodka" because of his professional reputation, integrity and close contacts with the Lithuanian political and economic elite. Kopelman was reluctant to assume the position but eventually agreed. On August 4, the Kaunas Jewish community leaders gathered and elected Moisei the chief of the Jewish ghetto police and also a member of the Council of Elders. After the ghetto was closed, Kopelman delegated some of his functions to his deputies and concentrated his efforts on relations with the occupying authorities. In these numerous activities, Moisei applied both his skills as a professional negotiator and opportunities which arose by chance encounters with his pre-war German acquaintances and partners. Dmitri's former nanny, Nadezhda Jakubovskaja, helped the family while they were in the ghetto by throwing them packets of food over the ghetto fence. She was caught on November 11, 1942 and sentenced to two weeks' imprisonment. In October 1943, the Germans officially converted the Kovno ghetto into a concentration camp. In late December 1943, feeling unable to go on further with his responsibilities under the new circumstances and suffering from steadily deteriorating health, Moisei resigned from his post as police chief and worked instead on procuring supplies. On March 27, 1944, during the "Children's Action", Moisei's mother Dora was deported to Auschwitz. On July 10, during the liquidation of the ghetto, Moisei, his wife and son, and two more women managed to escape, bribing a Latvian Allgemeine SS soldier guarding the ghetto fence. Aleksandras Valaitis, a former colleague of Moisei, hid them at his cottage in Vilijampole for one day following their escape. The lawyer Juozas Grigonis provided Moisei with a false passport. The group then hid in an empty house in another part of the town where Nadezhda rented a room, until the Nazis finally retreated. On September 4, 1944, a month after the Soviet takeover of Kaunas, Moisei was arrested by the NKGB and imprisoned. After three months of torturous interrogations in the Kaunas NKGB headquarters, the Kaunas garrison War Tribunal sentenced him on December 13, 1944 to 15 years of hard labor on the grounds of the Edict of the Presidium of the Supreme Soviet of April 19, 1943. Despite the petition of 70 survivors of the Kovno ghetto on his behalf, he was transported to Tajshet hard labor camp in south-east Siberia and died there of unknown causes in late September of 1945.