A Greek-Jewish couple sits at an outdoor cafe while on their honeymoon in Athens. 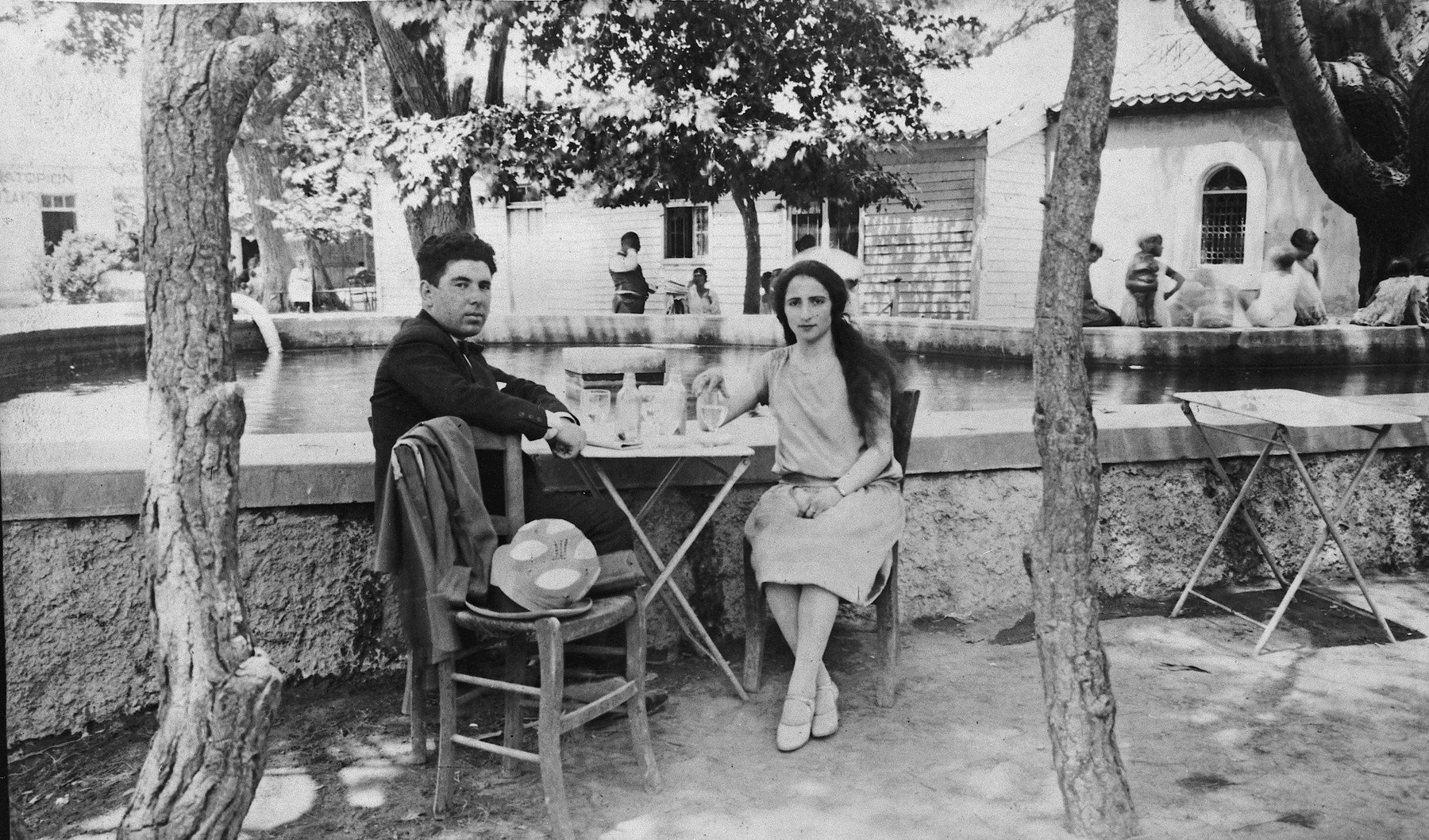 A Greek-Jewish couple sits at an outdoor cafe while on their honeymoon in Athens.

Pictured are Leon and Esther Matsas.