Austrian-Jewish swimmers gather together in a pension in Austria. 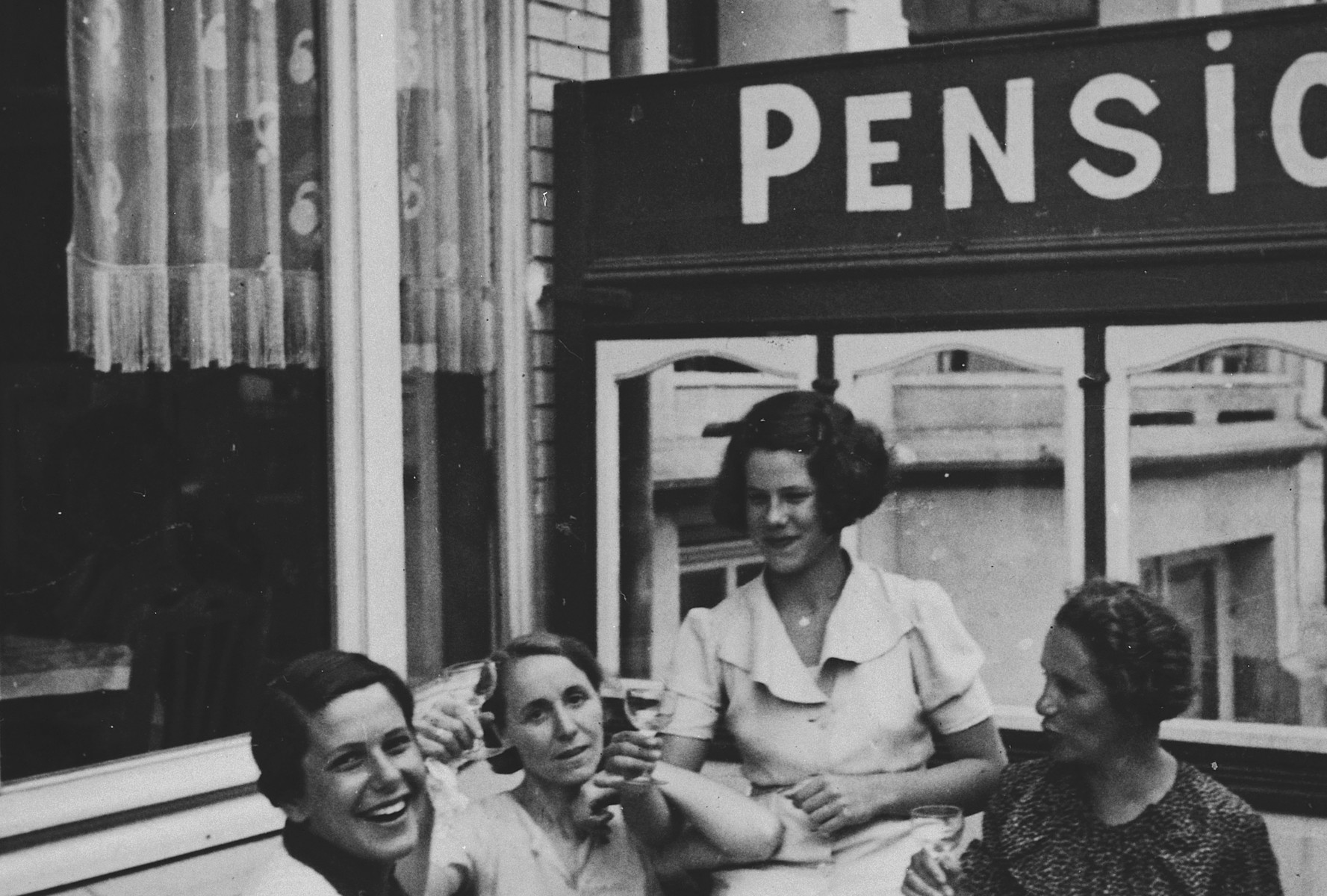 Austrian-Jewish swimmers gather together in a pension in Austria.

Judith Deutsch is pictured on the far left. Her sister Hanni Deutsch is in the center.