Close-up portrait of the cantor of the Breisach synagogue. 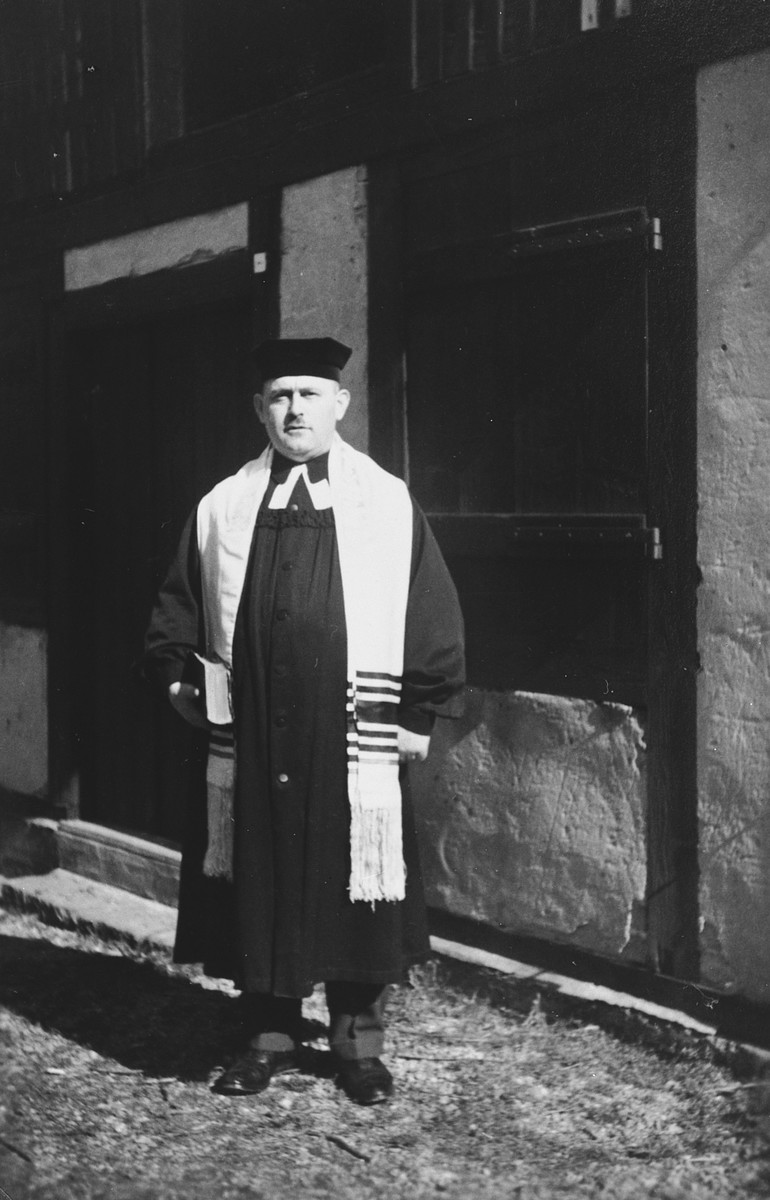 Close-up portrait of the cantor of the Breisach synagogue.

Pictured is Michael Eisemann, the last cantor and teacher of the Jewish community of Breisach.

This is part of series of photographs taken of the Breisach Jewish community 1937. In October 1940 the entire community was deported to the Gurs internment camp in southern France.

Biography
Michael Eisemann, the last cantor of the Breisach Jewish community, was born in Bad Orb and trained in Wuerzburg. He held his first position in Buchen/Odenwald where he met his wife Klara Marx. She was born in Boedigheim. Their two older sons, Ludwig and Rudolf, were both born in Buchen. In 1924, Cantor Eisemann moved with his family to Breisach where they lived in the Jewish Community Center. Their third son, Heinz, was born and died in Breisach. Cantor Michael Eisemann was taken along with other Jewish men of Breisach to Dachau on November 10, 1938. He was tortured and died in a hospital in Freiburg on Feburary 1, 1939 and buried there in the Jewish cemetery.