Five German-Jewish university students squeeze together on a couch. One is holding a phonograph. 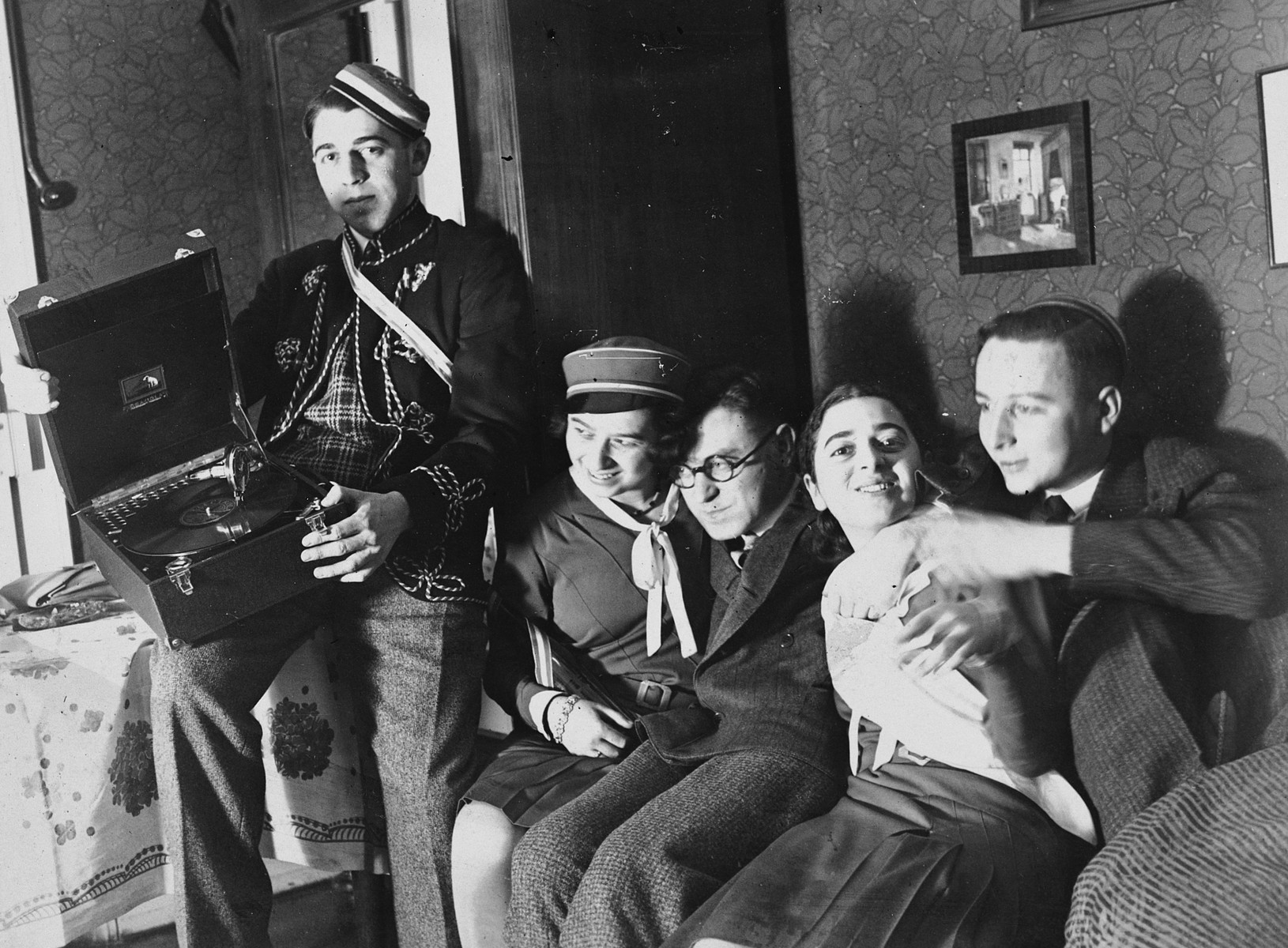 Five German-Jewish university students squeeze together on a couch. One is holding a phonograph.

From left to right are Heinz Bähr, Ruth Bähr and Margot Bähr is second from the right. Heinz is wearing the cap and jacket of the KC Jewish fraternity.