Mugshot of Colonel Joachim Peiper, a defendant in the Malmedy Atrocity trial. 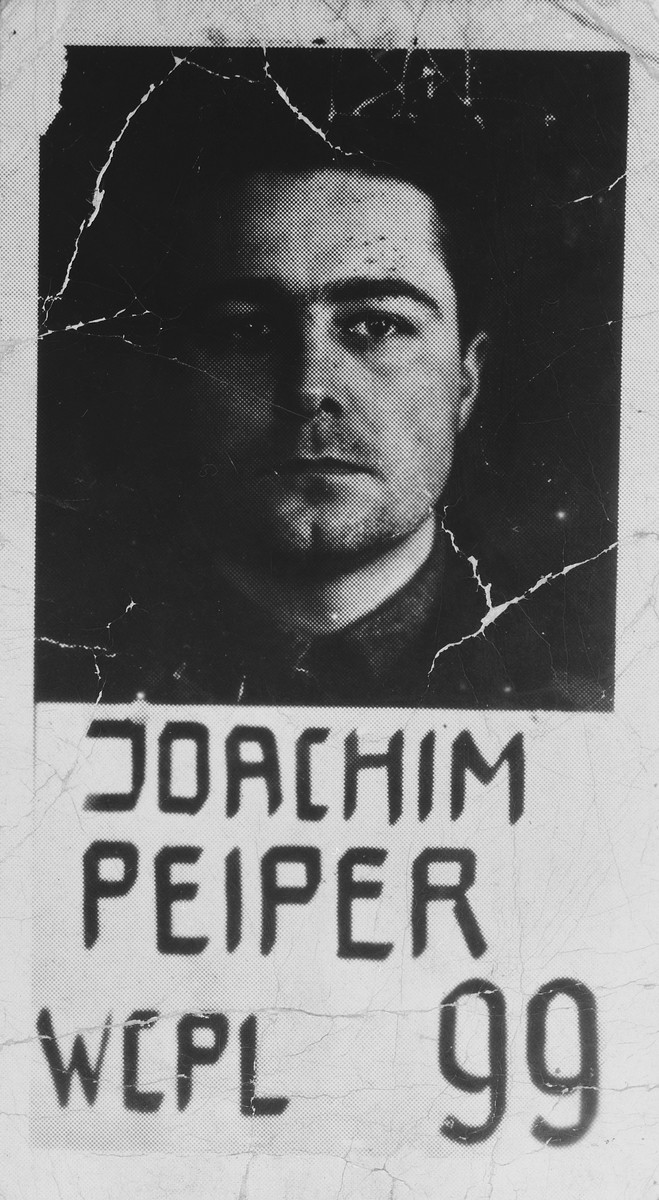 Mugshot of Colonel Joachim Peiper, a defendant in the Malmedy Atrocity trial.

https://www.ushmm.org/wlc/en/article.php?ModuleId=10007145.
Biography
Colonel Joachim Peiper (b. 1/30/15) was a senior Waffen-SS officer. He commanded several Panzer campaigns during the war. Arrested after the war, he was indicted for his role in the Malmedy massacres of American POWs and Belgium civilians during the Battle of the Bulge. Peiper was sentenced to death by hanging. However, this sentence was later commuted, and Peiper was released at the end of December 1956, having served 11 and a half years. After his release, Peiper moved to France and worked as a translator. Twenty years later, on July 14, 1976, a group of Frenchmen threw a firebomb into his house killing Peiper.