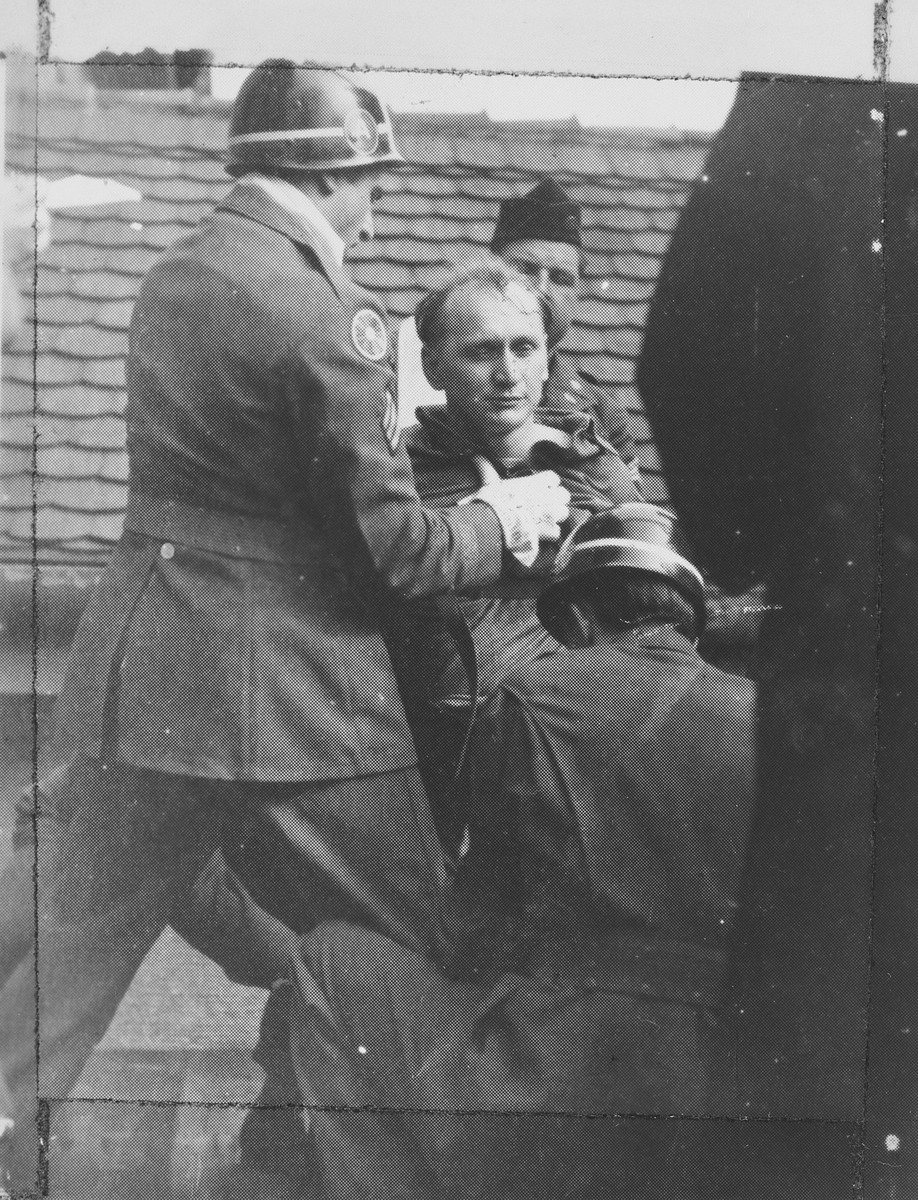 https://www.ushmm.org/wlc/en/article.php?ModuleId=10005140.
Biography
Hermann Noachi, born June 4th, 1912 in Duisberg, Germany, attended public school until the 8th grade when, at the age of 14, he became an apprentice shoe cobbler in Bad Freienwalder. He later married and had two sons, Klaus and Detlef, and joined the Wermacht in 1931. Naturally athletic, he was selected to join a special military school from 1937 to 1939, during which time he became an accomplished parachutist, paratrooper, and saboteur. He later served in the Battle of Crete, in a combat unit in Russia, and then commanded German Youth units near Berlin. In 1943 he was recruited by Otto Skorzeny to liberate Mussolini from the Dolomite Mountains prison where he was being detained.

In May 1945, Noachi shot two American pilots who had surrendered after parachuting from their downed bomber somewhere near Munich. He was arrested and later released, then arrested again and kept in an internment camp near Kalshrue, Germany until July 18th, 1946. In August 5th, 1946, after enough evidence had been collected to prosecute him, Noachi was found guilty of the murder of the two U.S. Air Corps officers and sent to Landsberg prison to await his execution. He shrewdly pretended to be mentally ill and convinced several psychiatrists that he was schizophrenic, which led camp guards to believe that he was less of a risk. By lightly fasting over a period of several weeks Noachi was able to lose enough weight to slip through the grate barring his cell window without clothing. He escaped the prison and fled nude across the German countryside until he was shot by Russian soldiers and eventually sent back to Landsberg after having his leg amputated. He was executed by hanging on March 21st, 1947 under Lt. Joseph H. Williams' supervision.