American military police tie Peter Chemy to a post prior to his execution by firing squad. 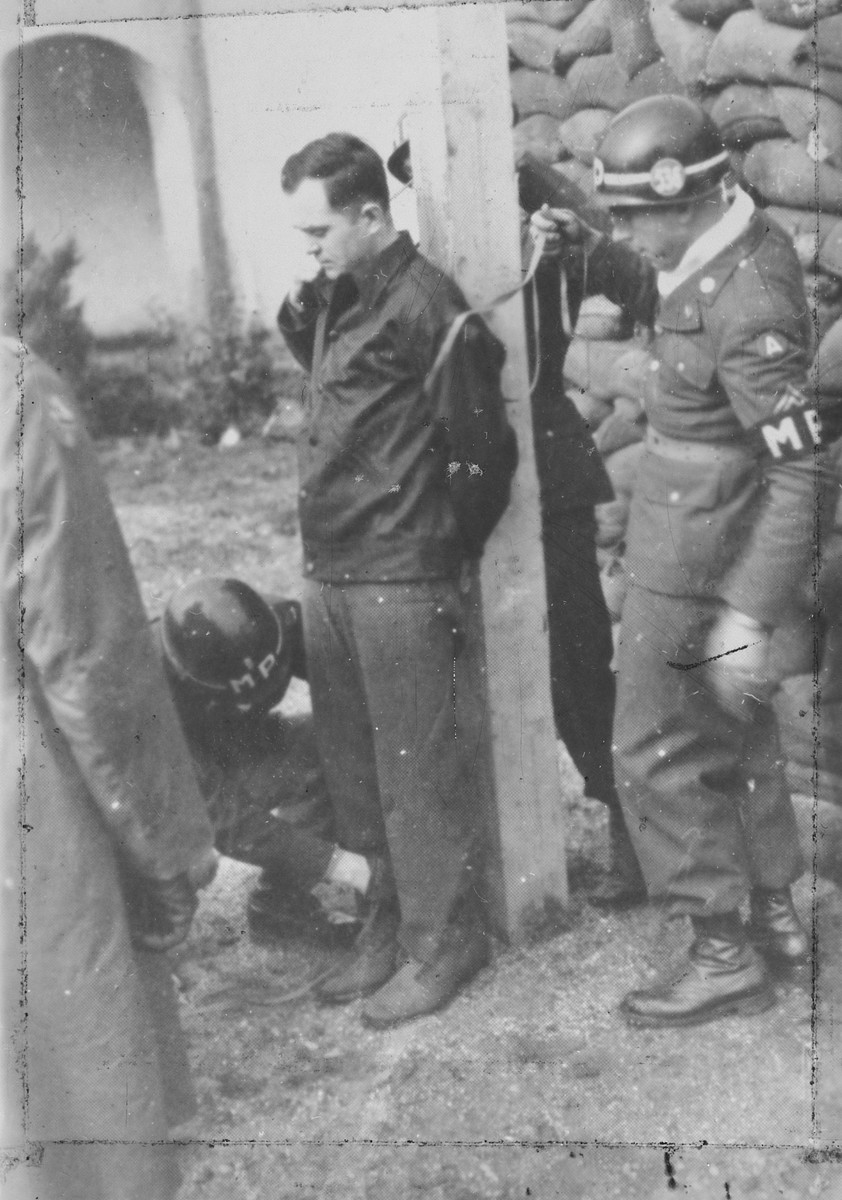 American military police tie Peter Chemy to a post prior to his execution by firing squad.


[Source: Williams, Lt. Joseph H; Captor-Captive, Jacksonville, Girtman Press, 1986.]
https://www.ushmm.org/wlc/en/article.php?ModuleId=10005140.
Biography
Peter Chemy, a Polish national liberated from a concentration camp by Americans in May 1945, spent the first few months of his freedom adrift in Germany. On a snowy winter night of that year, he found refuge and a meal in the home of a German family: husband, wife, and daughter. After they had gone to sleep, Chemy found a hatchet and murdered them in their beds. He was tried by an American tribunal, sent to Landsberg, and executed by firing squad in January 1947.