A group or friends and relatives gather outside a hotel in a mineral spa resort. 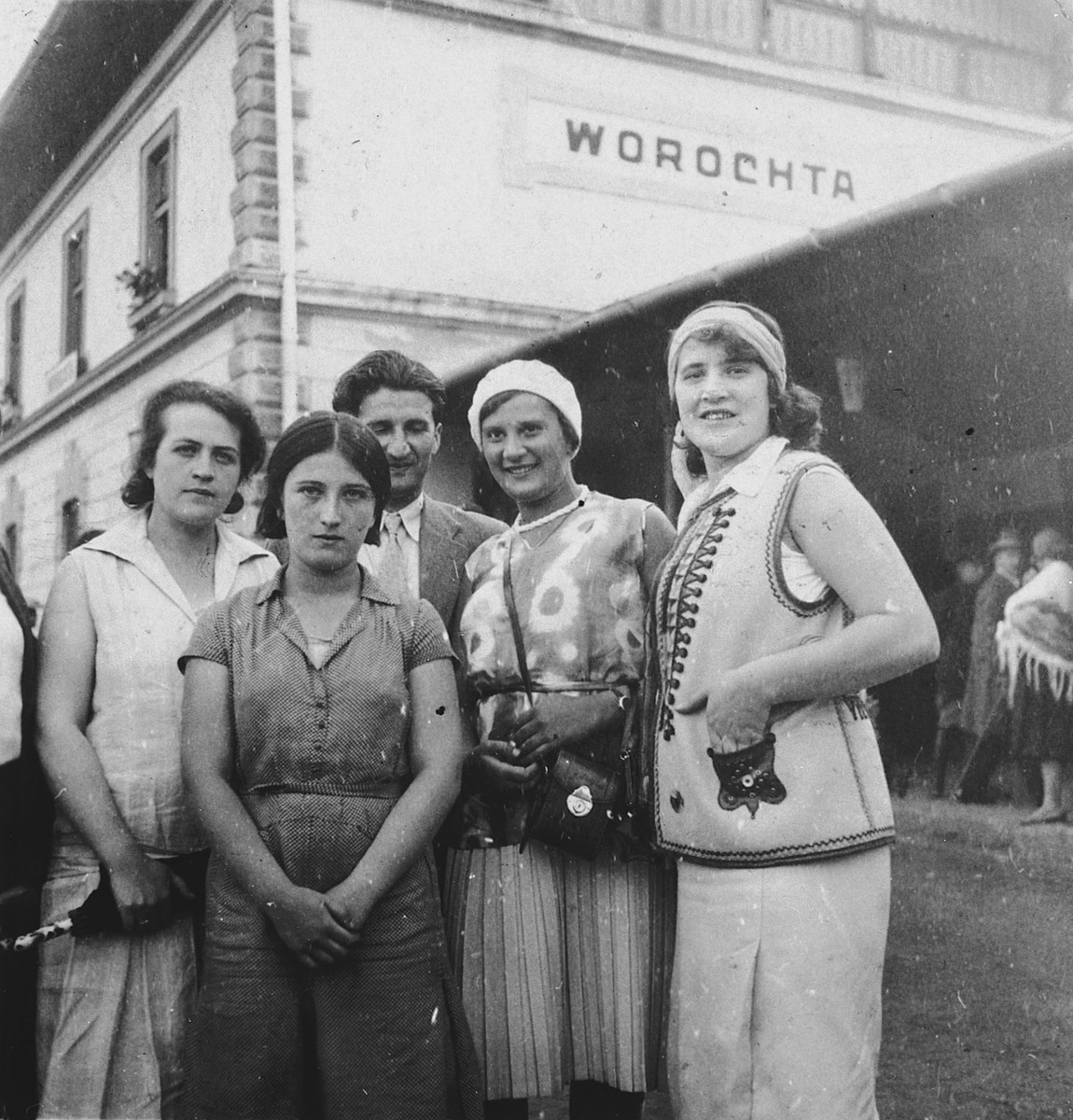 A group or friends and relatives gather outside a hotel in a mineral spa resort.

Among those pictured are Samuel and Sidonia Grunfeld, and Samuel's sister, Bertha.