Three members of the Anders Army walk down a street probably in Italy. 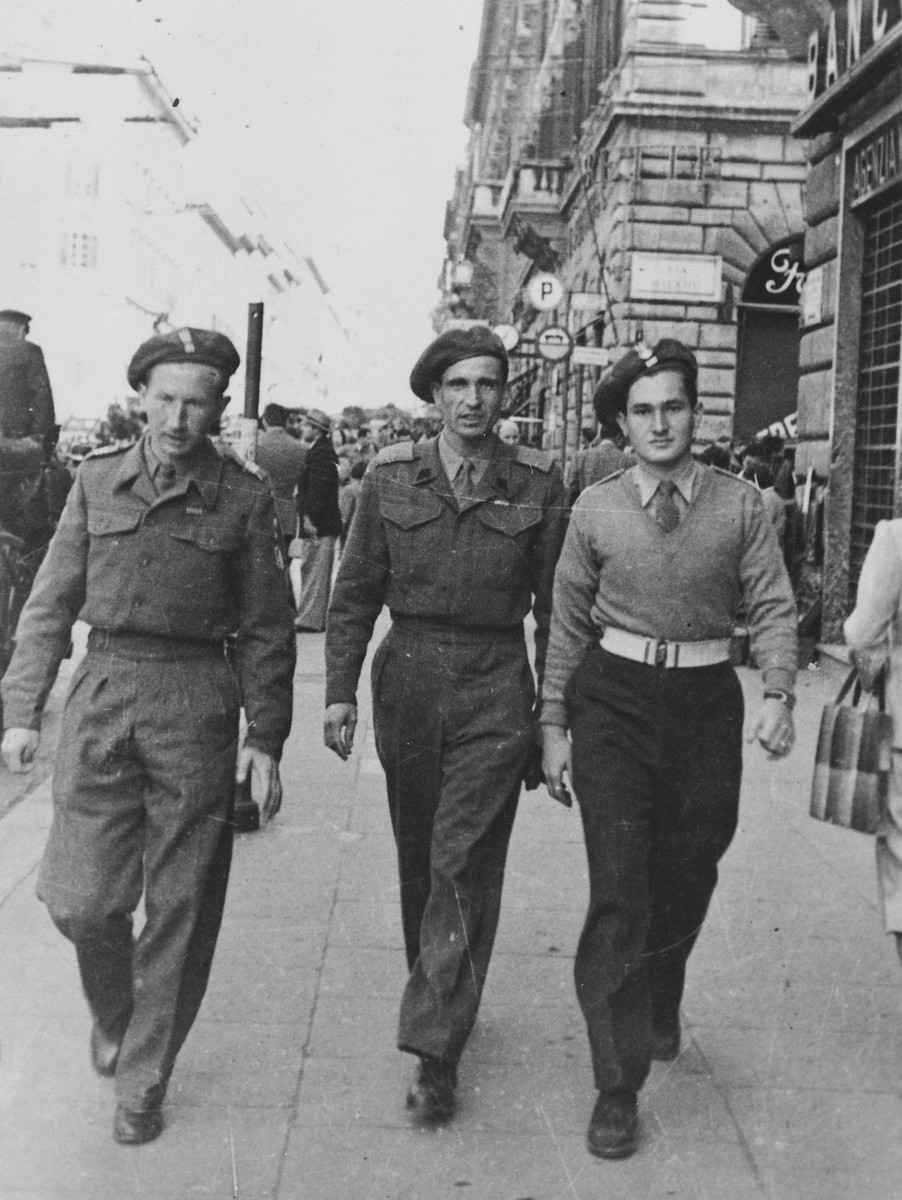 Three members of the Anders Army walk down a street probably in Italy.

Pictured on the right is Lance Corporal Julian Bussgang. On the left is Andrzej Sienkiewicz. In the center is Zbigniew A. Konczacki who after the war emigrated to South Africa and then moved to Halifax, Canada, where he taught economics of tropical Africa