A young boy carrying a loaf of bread under his arm looks at a large sack of flour in the window of a Red Cross food distribution center emblazoned with a sign thanking the American people for their support of the people of France. 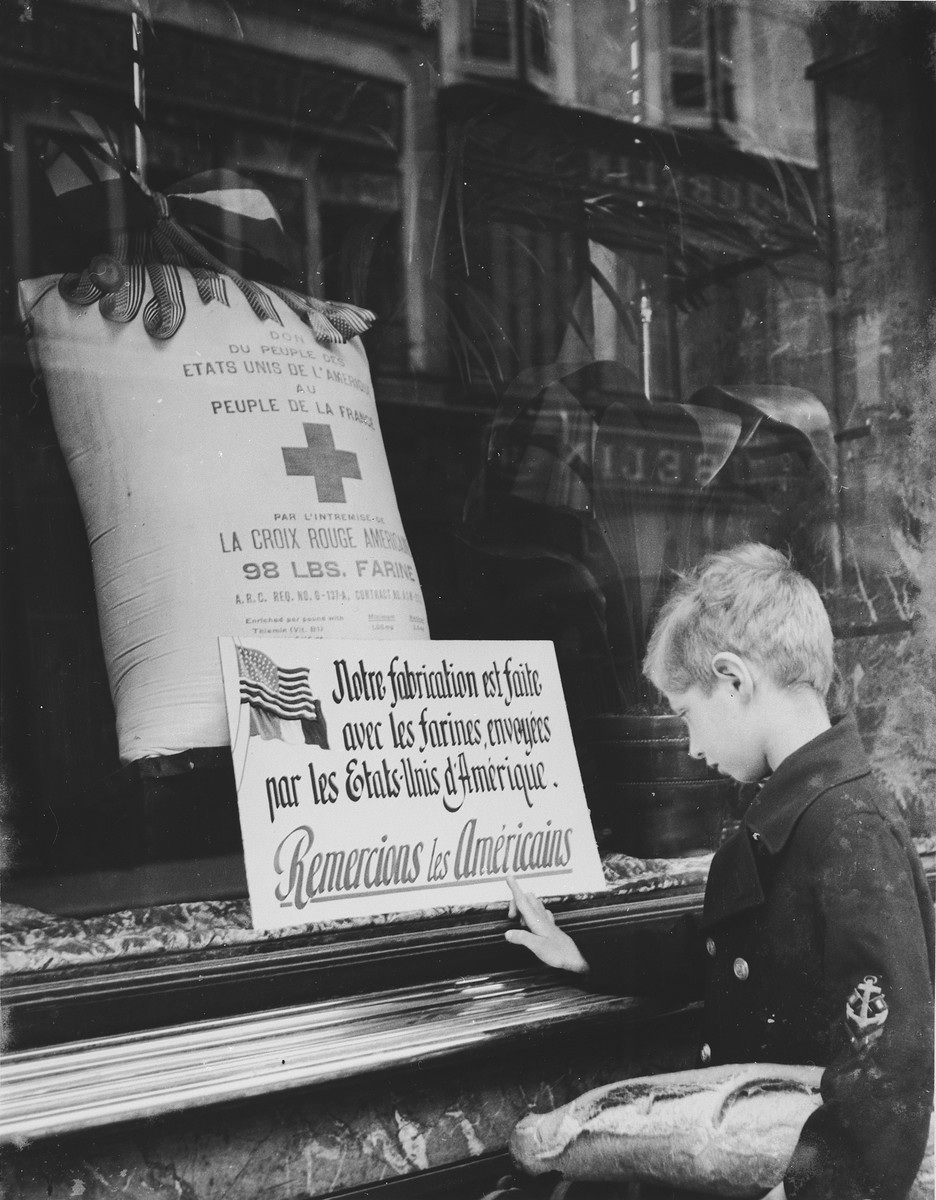 A young boy carrying a loaf of bread under his arm looks at a large sack of flour in the window of a Red Cross food distribution center emblazoned with a sign thanking the American people for their support of the people of France.

The photographer Walter Limot took this photograph of his son, Andre, at the bequest of the Red Cross.