Studio portrait of two brothers sent to their mother in Czechoslovakia as soon as they discovered that she had survived the war. 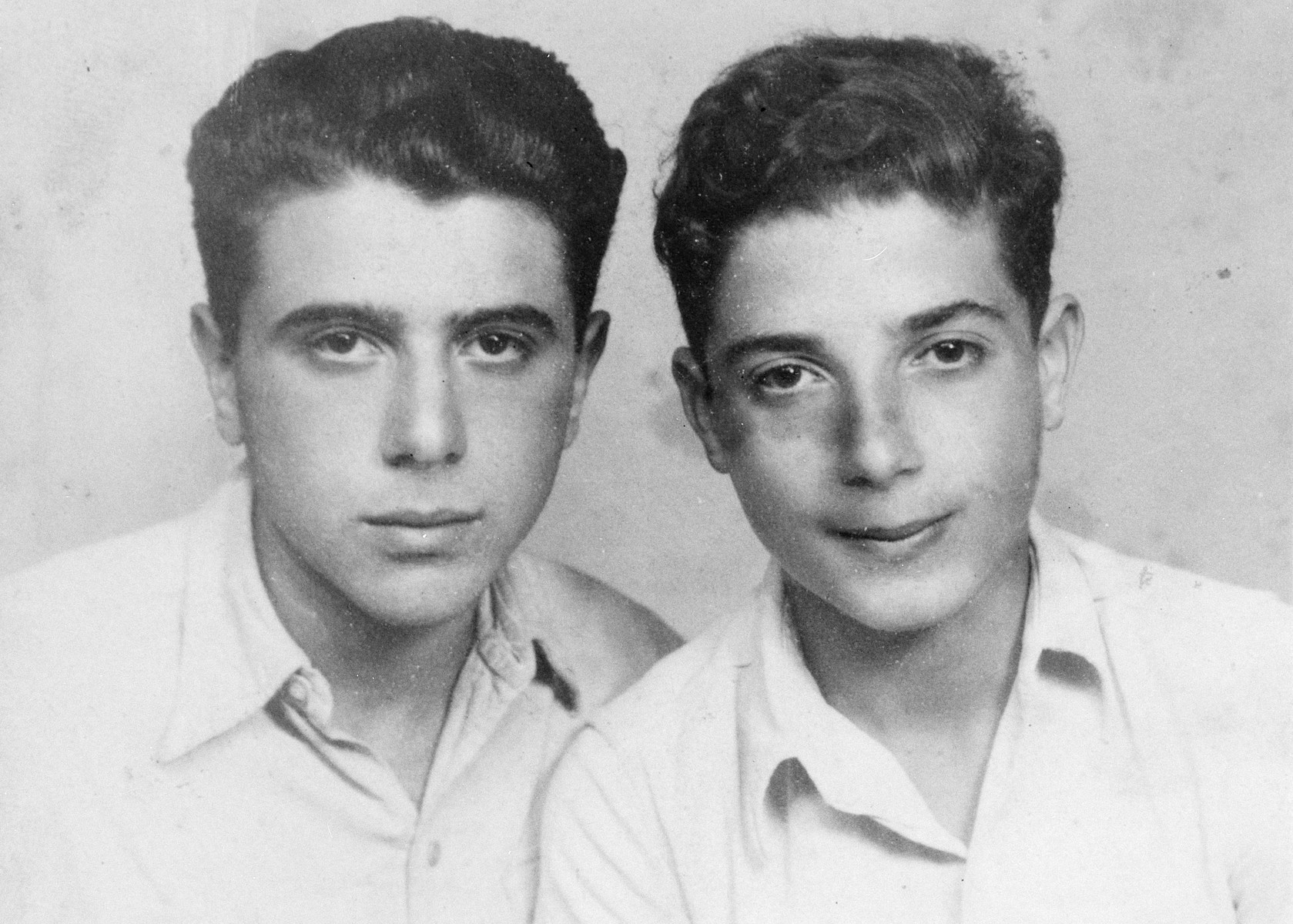 Studio portrait of two brothers sent to their mother in Czechoslovakia as soon as they discovered that she had survived the war.

Pictured are Jaakov and Alexandre Fischler.