French Zionists stand in rows at an outdoor gathering in Marseilles. 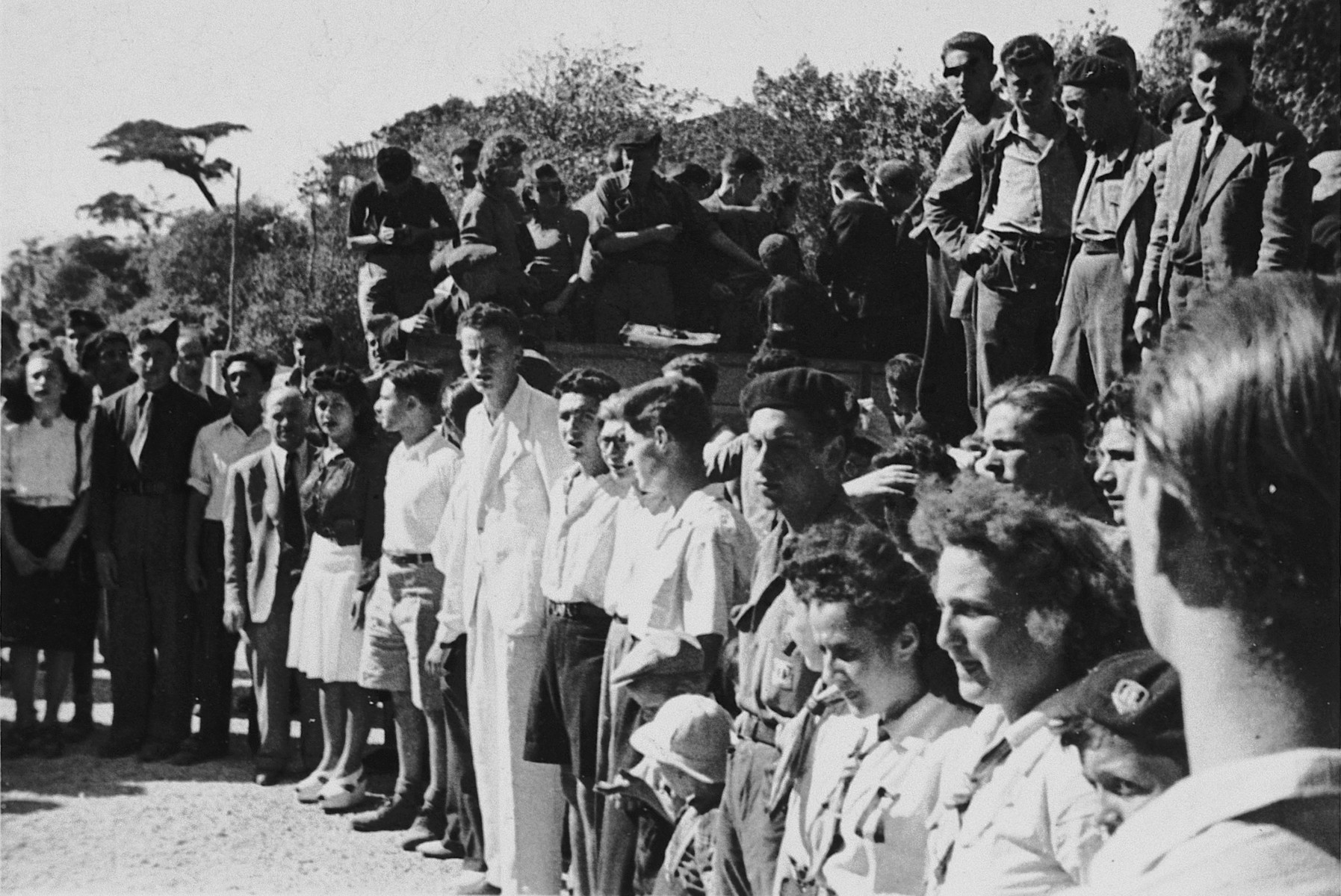 French Zionists stand in rows at an outdoor gathering in Marseilles.

Biography
Saul M. Loeb was born in Louisville, Kentucky in 1924 to Jewish immigrant parents. His mother was born in Lithuania, and his father was born in Poland. In Septemebr 1943 Saul was inducted into the United States Army. In October 1944, he was sent to Europe, landing in Scotland. Immediately, his Signal Corps Battalion went by rail to a port in the south of England for the channel crossing to Omaha Beach in Normandy, France. Saul eventually came to Marseilles where he served as the assistant to Chaplain Morris Kertzer. When Chaplain Kertzer returned to the States, Chaplain Isidore Breslau took his place. In August 1945, Saul and Chaplain Breslau were transferred to Berlin where they worked with Jewish displaced persons. In May 1946, Saul left Berlin and retuned home. He passed away on December 20, 2000.