Exterior view of Villa Mariana, which had served as an OSE children's home during the war. 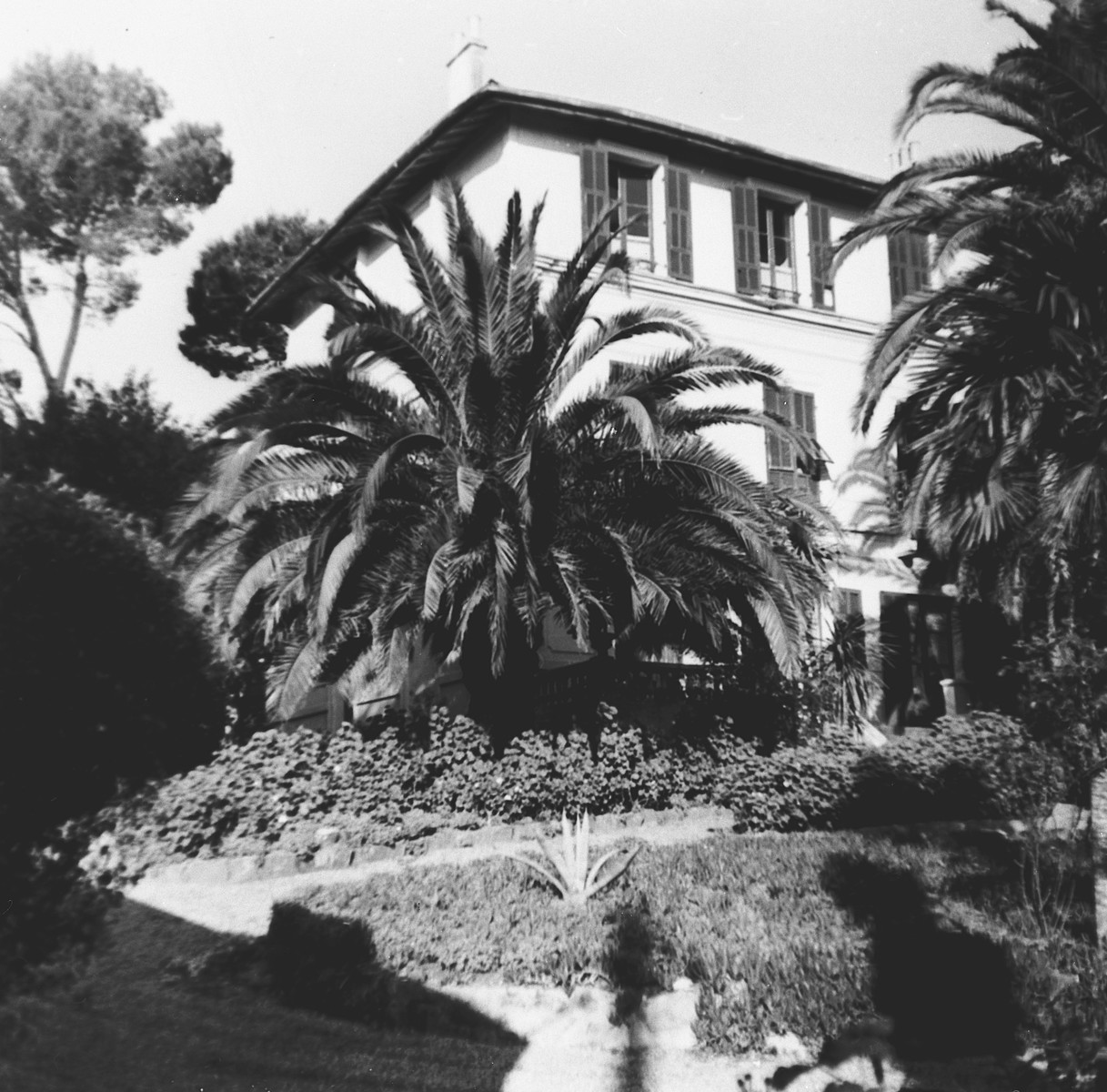 Exterior view of Villa Mariana, which had served as an OSE children's home during the war.

Biography
Henri (Aaron) Pruszinowski (later Parens) is the son of Rosa Pruszinowska and Isaach Biederman. He was born in Lodz Poland in December 1928. When Henri was only a few years old, his parents divorced, and his mother moved with him to Belgium where some of her relatives had previously settled. His father and older brother Emanuel remained in Lodz. His mother supported herself and Henri working as a seamstress of boy's clothing. On May 10, 1940, Germany launched a surprise invasion of Belgium. Henri was then in a summer camp having recently completed his school year. The camp director hurriedly sent all the children home, and when he returned to Brussels his mother made preparations for them to flee. A few days later, they boarded a train to France and arrived in a small farming village north of Toulouse where they passed the summer. In early fall French authorities rounded up the refugees in the region and brought them to a detention center in Toulouse; a few days later they were transferred to the Recebedou concentration camp. Besides a meager diet, the main problem they encountered was enforced idleness. After the first month, some prisoners organized classes for the children. Henri also joined the Israelite Boy Scouts. Prisoners could apply for passes to temporarily leave the camp, and Rosa took advantage of this to go to Toulouse to buy dried fruit which she resold in the camp. After only a couple of months, in late November 1940, Henri and Rosa were transferred to Rivesaltes, a camp near the Pyrenees. Conditions were even harsher than in Recebedou, and there was no schooling for the children. After half a year, Rosa decided that she had to get Henri out of the camp. She gave him money for a train ticket and told him to get to the OSE (Oeuvre de Secours aux Enfants) office in Marseilles. They decided he should escape on a national holiday, May 1, since the camp would be less tightly guarded. Everything went according to plan, and the following day Henri arrived in OSE headquarters where he was given a warm welcome. OSE workers brought him to one of their children's homes in Boulouris. OSE eventually closed this home and transferred all the children to a new home, the Villa Mariana in St. Raphael, near Cannes. Though food was scarce, OSE workers provided a secure and safe haven for the children. Henri also was able to resume his schooling for the first time since leaving Recebedou. In March 1942, an OSE counselor told Henri that his mother had placed him on a list to go to America. Henri came to Marseilles where he joined a group of some fifty other children preparing to emigrate. The OSE arranged for his mother to obtain a pass to leave Rivesaltes to say goodbye to him in Marseilles. Neither of them realized this would be the last time they would see each other. From Marseilles, he boarded a ship for Casablanca, and in May 1942, the children's convoy left for the United States on board the Serpa Pinta. (The children on this convoy who left without their parents later became known as the One Thousand Children.) After arriving in New York, the children were assigned to foster families, and Henri went to stay in the home of Harry and Faye Wagner in Pittsburgh, Pennsylvania. After the war, Henri learned that his mother had not survived. She was sent from Rivesaltes to Drancy, and on 14 August, 1942 she was deported on Convoy #19 to Auschwitz where she perished. Henri never learned exactly what happened to his father and brother, but they were probably deported from the Lodz ghetto to Auschwitz and perished there. Henri went on to become a psychiatrist and psychoanalyst. He is married to Rachel, and they have three married sons and five grandchildren.