An intermarried German-Jewish family rests in their cabana on a beach on the Baltic Sea. 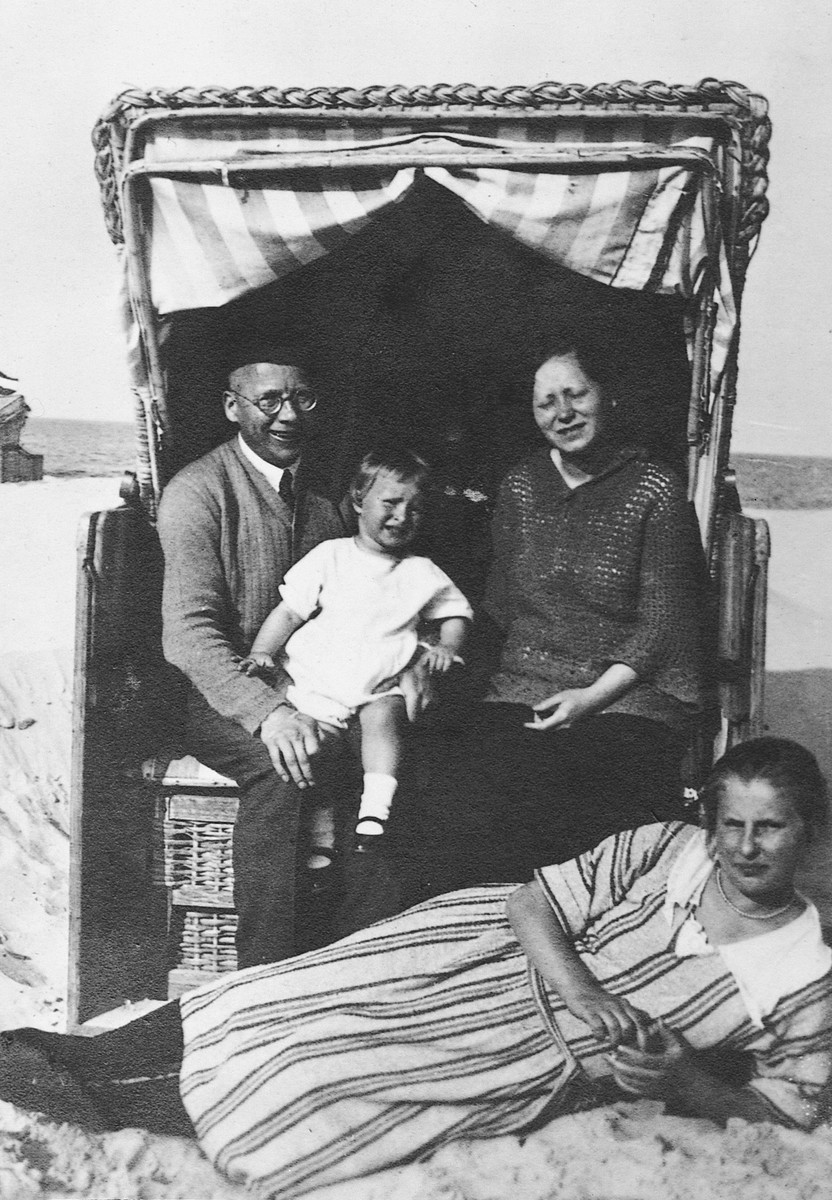 An intermarried German-Jewish family rests in their cabana on a beach on the Baltic Sea.

Biography
Eva Gordon (born Eva John) is the daughter of Franz John and Martha Bluth. She was born on November 16, 1922 in Berlin where her father ran a Central American export business, and her mother, Martha Bluth was a secretary for the film producer Eric Pommer. Prior to that, she had worked for five years as a secretary in Spain and for the German High Command during World War I. She had also served as an interpreter during the redaction of the Treaty of Versailles. Since Franz was not Jewish, and Martha had left her Jewish roots behind her, Eva was unaware that she was half-Jewish until she was ten years old. Then, a race quiz at her school showed that according to the Nuremberg Laws, she was a Mischling First Degree. As Berlin became ever more hostile to Jews, Martha switched Eva to a school in Berlin's West End where there was less antisemitism. After the events of Kristallnacht in November of 1938, Martha began preparations to emigrate. On August 14, 1939 she boarded a plane at the Tempelhof Airport and flew to England, where she stayed throughout the war. Meanwhile, Eva and Franz remained in Germany. Eva joined the Quaker Youth Group composed principally of other Gefährdete Jugend, or "endangered young people". The Quakers helped several of Eva's friends to get on a Kindertransport to England, but Eva herself decided to stay in Germany with her father who was suffering from tuberculosis. He eventually went to a sanitarium in Switzerland. Eva became liscensed as a chemical lab technician and worked at the Bayrische Stickstoffwerke-Bavarian Nitrogen Works. Over the next few years, she suffered from ever-increasing antisemitic decrees, relocations, rations, and the death of her father in 1944. During that time, Eva joined the Anthroposophists, an almost entirely non-Jewish religious group deriving most of its central tenants from theosophy, and with their aid she was able to help a friend escape deportation. Eva's mischling status and blond hair not only protected her from the worst of Nazi race policy, but also enabled her to help a few of her more Semitic-looking friends. In 1945 she immigrated to the United States, where she rejoined her mother. She studied at the University of New Hampshire and Boston University and received a degree in Counseling and Guidance. Eva's grandfather, Heinrich Bluth, perished in Theresienstadt in November 1942 at the age of 90. Though one of her mother's sisters, Rosa immigrated to Chile, her other sister, Regina, was killed in Auschwitz also in 1942. Her Uncle Max and Johananna Breslauer also perished there.