Group portrait of Hungarian Jewish mothers and their infants in a Dachau sub-camp in Germany. 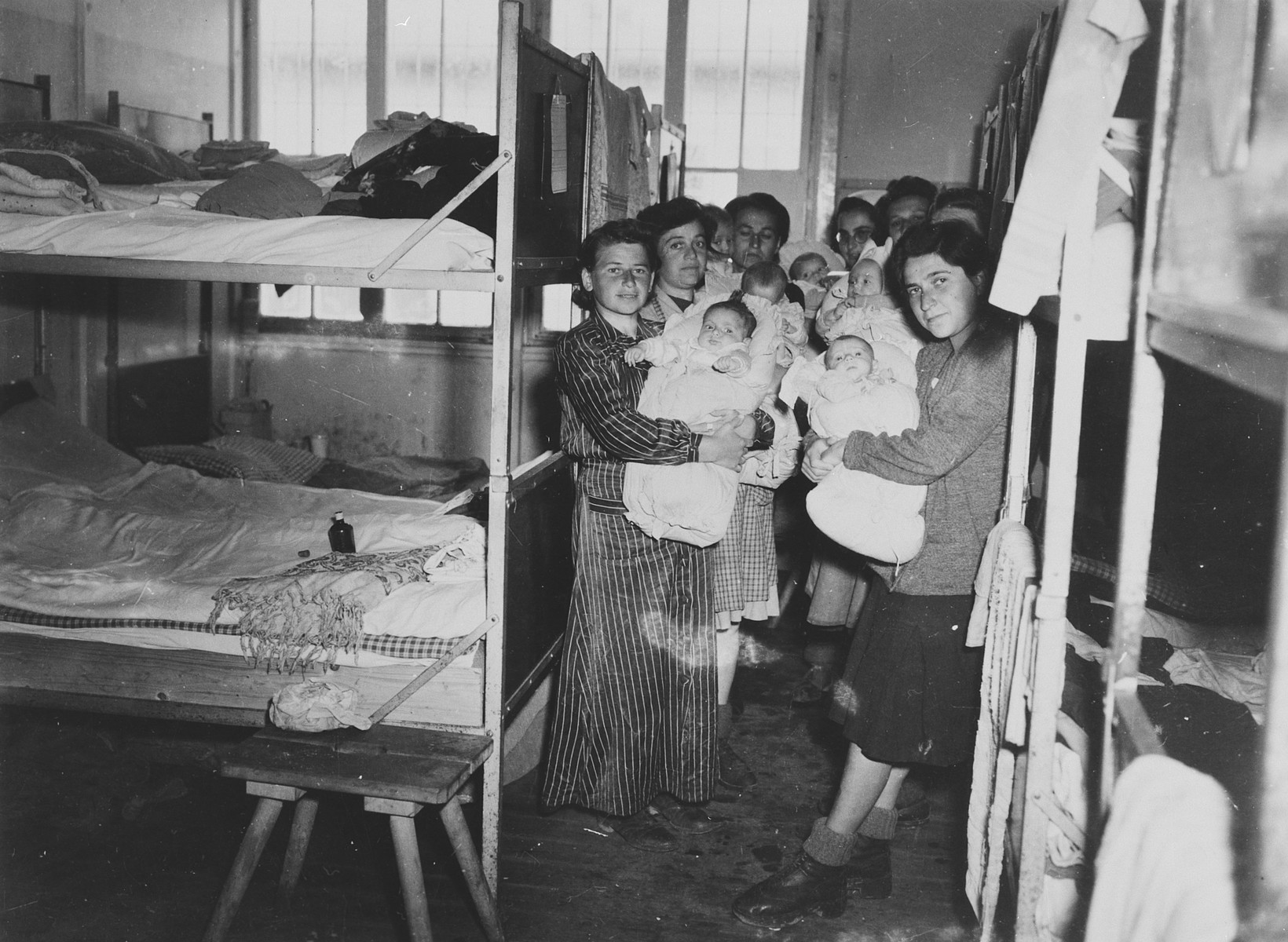 Group portrait of Hungarian Jewish mothers and their infants in a Dachau sub-camp in Germany.

Event History
The Schwanger Kommando was a group of seven pregnant, Hungarian Jewish women imprisoned in one of the Kaufering sub-camps of Dachau in December 1944. Though pregnant women and their babies were almost never permitted to survive, this group was allowed to bear their children, possibly as a bargaining chip for their SS overseers to use when the Allies conquered Germany Despite appalling sanitary conditions and the lack of food and heat, all seven mothers gave birth to healthy babies between February and March 1945. All were liberated in Dachau in May 1945.