Graduates of a Gymnasium in Budapest parade to the commencement excercises playing the violin. 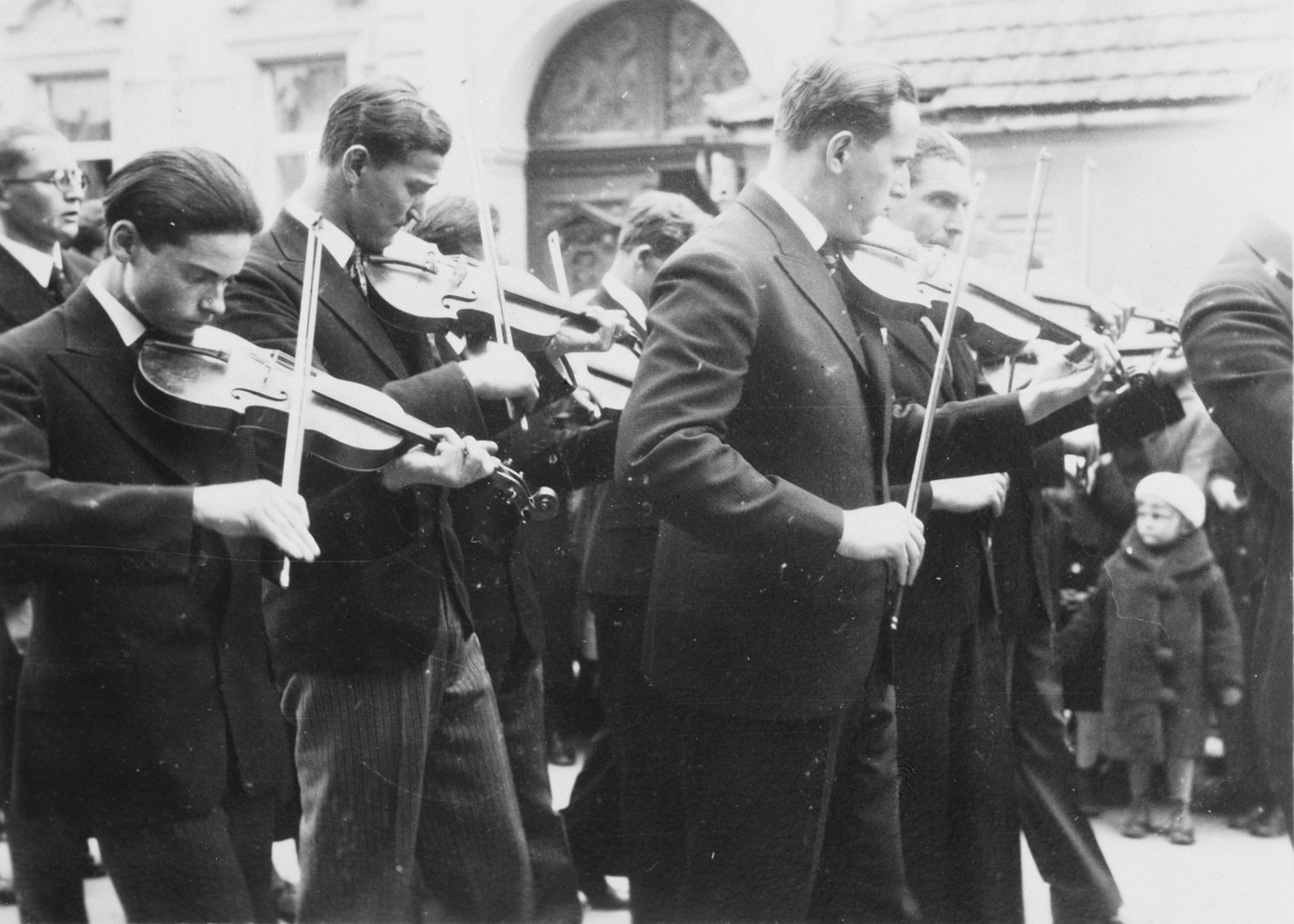 Graduates of a Gymnasium in Budapest parade to the commencement excercises playing the violin.

Among those pictured is Denes Simonyi (left), one of three Jewish students.