A survivor of a forced labor battalion sits on a park bench with his wife after his return from a Soviet POW camp. 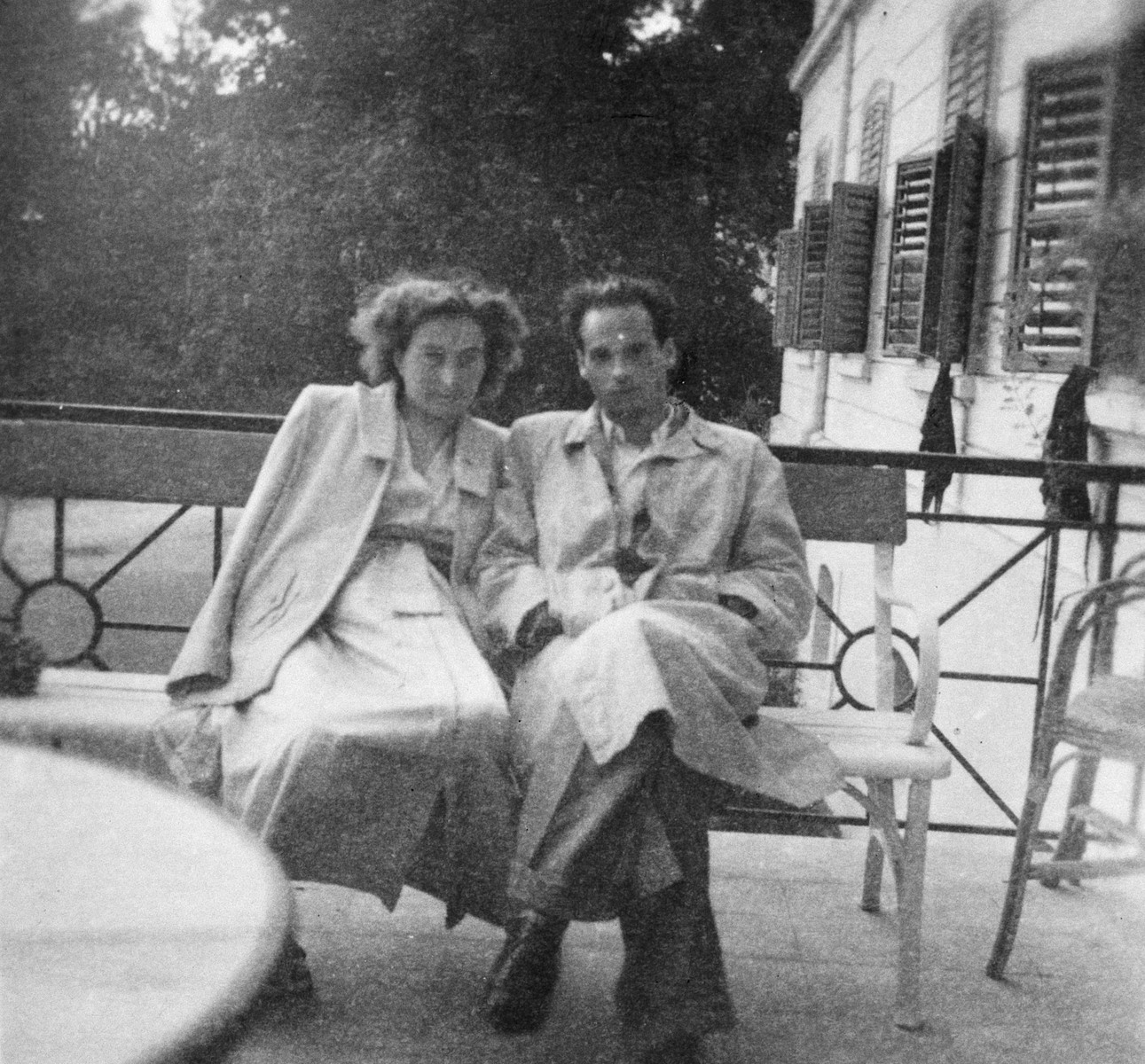 A survivor of a forced labor battalion sits on a park bench with his wife after his return from a Soviet POW camp.

Pictured are Denes and Maria Simonyi.