A large group of children stands in humorous poses for a photograph in the Neu Freimann displaced person's camp. 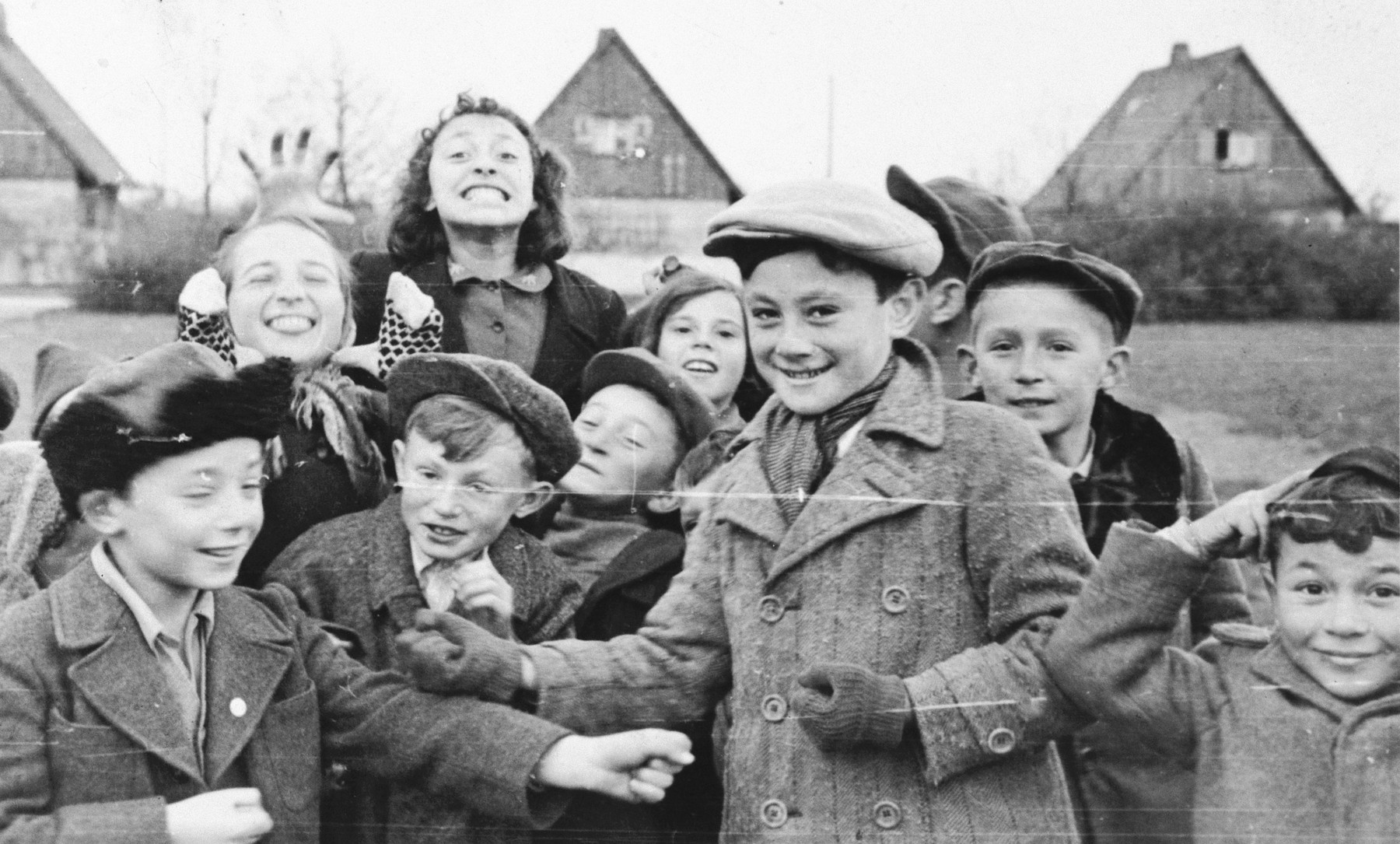 A large group of children stands in humorous poses for a photograph in the Neu Freimann displaced person's camp.

Lova Warszawczyk poses in the foreground.