Three boys work in the garden of the Stuttgart displaced person's camp. 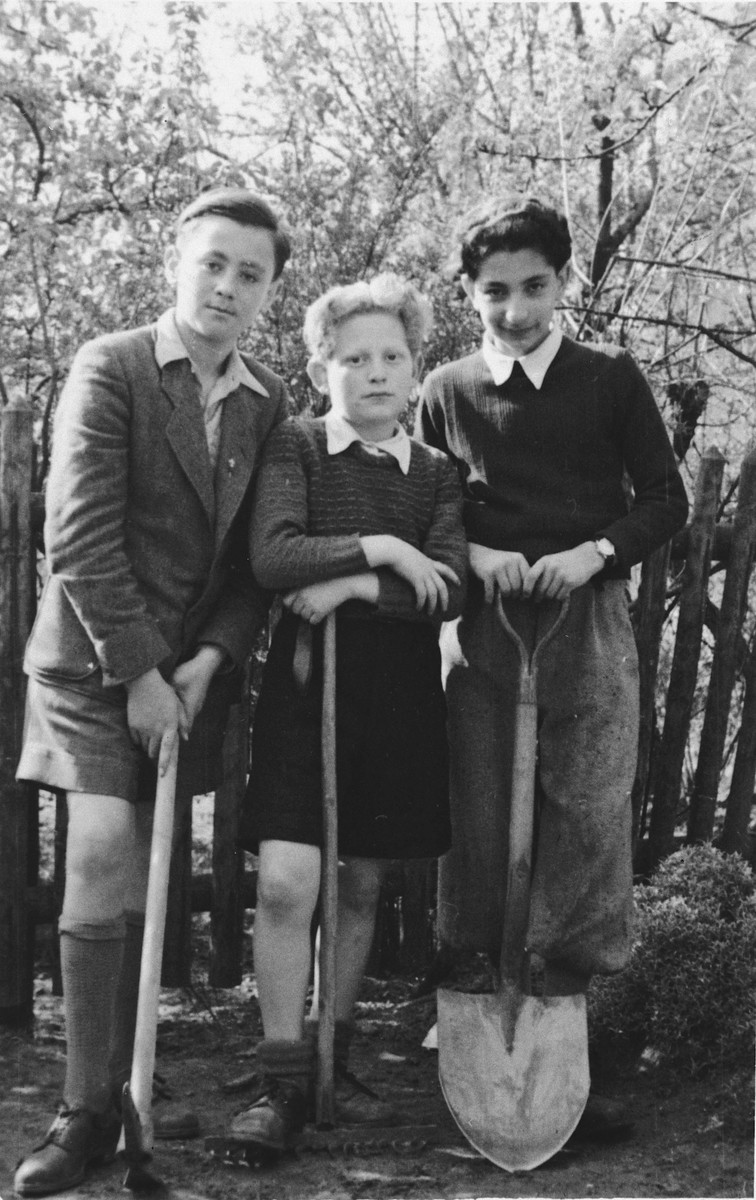 Three boys work in the garden of the Stuttgart displaced person's camp.

Lova Warszawczyk is on the far left. David Hofman is in the center.