Military vehicles line up outside the site of the Nuremberg rally. 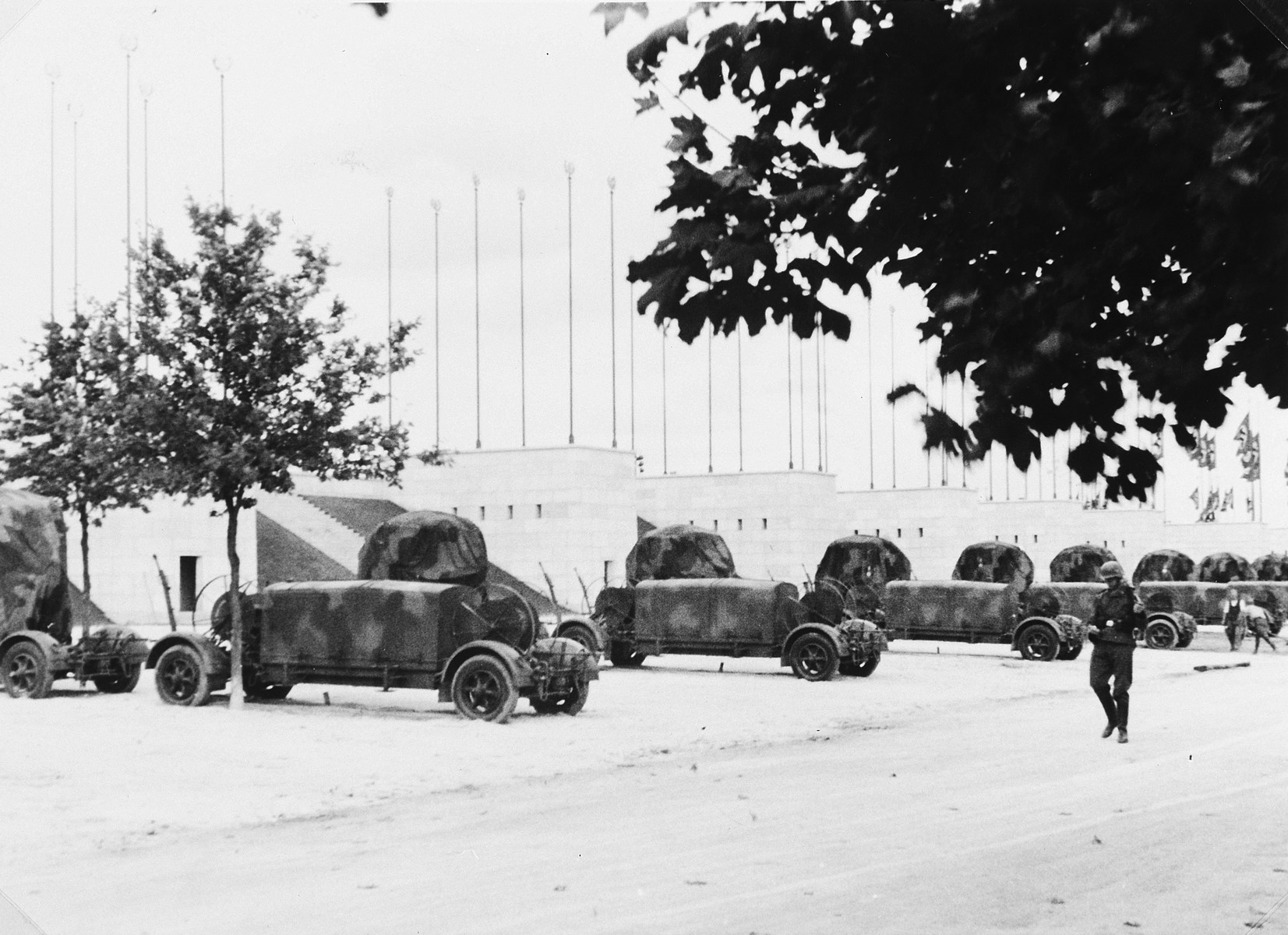 Military vehicles line up outside the site of the Nuremberg rally.

This photograph was taken by a German Jewish woman, Lilli Rahn, who later emigrated.