Two young sisters pose with their grandmother next to a baby carriage in the park. 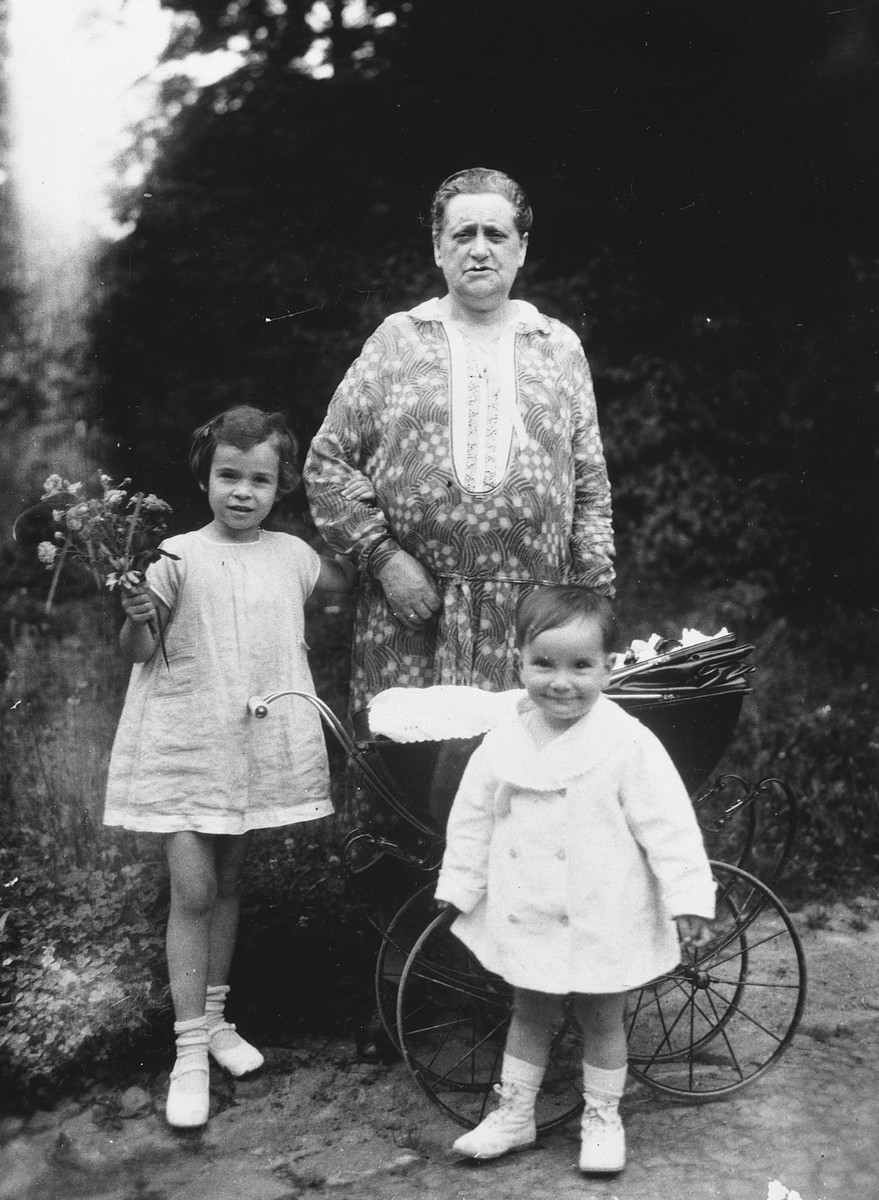 Two young sisters pose with their grandmother next to a baby carriage in the park.

Pictured are Ursula and Gerti Totschek with their grandmother, Minna.

Biography
Ursula Ida Meyer (born UrsulaTotschek) is the daughter of Walter and Bianca Totschek. She was born on January 21, 1926 in Goerlitz where her father owned a large, elegant clothing store in the center of town that he had inherited from his father. Ursula had an older sister, Gertie, born on December 21, 1922. Although Ursula's mother came from a religious home, the family was assimilated. They attended synagogue on the High Holidays but also had a Christmas tree at home. In 1936, due to increasing antisemitism in the Goerlitz schools, Ursula's family moved to Berlin where Ursula began attending the Jewish Holdheim School. Her father rented his business to a bookkeeper and then sold it to a friend in 1938, hoping that he might be able to retrieve it after the war. During Kristallnacht Ursula's father went into hiding and her mother immediately made inquiries regarding a safe passage for Ursula out of Germany. She contacted a cousin in England who had become a Quaker. With the cousin's help, Ursula was able to join the July 25, 1939 Kindertransport to England. Ursula first lived with her cousin in Yorkshire and then with her sponsor family, Violet and Arthur Botham, in Whiteby. Ursula stayed with the Bothams for seven to eight years until she was twenty years old. She attended the modern school until the age of 15, when she went to work at the Botham's bakery store during the day and attend school at night. Ursula's parents immigrated to the United States in 1941 under the sponsorship of relatives in Indiana. In July 1946 Ursula also immigrated to the United States on board the Gripsholm.