AnneMarie Feller poses with her father Hermann Feller before fleeing to Belgium. 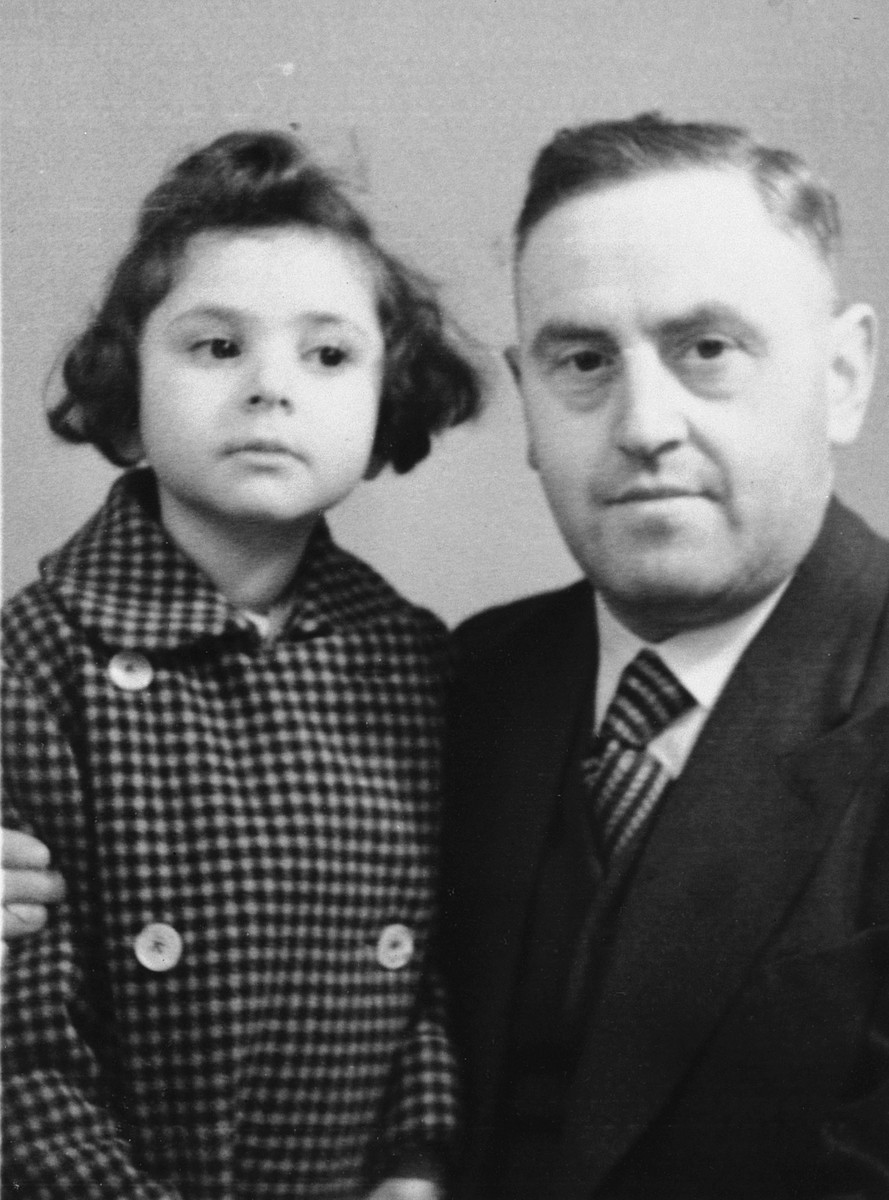 AnneMarie Feller poses with her father Hermann Feller before fleeing to Belgium.

Biography
AnneMarie Feller (later Yellin) is the daughter of Hermann Feller and Frieda Happ Feller. She was born in Chemnitz, Germany in December 6, 1938. With her family, AnneMarie fled Germany and came to Belgium. In May 1940 Germany invaded Belgium and began instituting antisemitic decrees. When Germany began deporting Belgium's Jews, AnneMarie went into hiding with the help of Andree Guelen (Herscovici) from the Committee for the Defense of the Jews (CDJ), an organization devoted to the rescue of Jewish children. She was placed in hiding in the convent St. Antoine de Padue, outside of Brussels. The convent's Mother Superior hid a total of ten Jewish adults, twenty-eight Jewish children, British parachutists, resistance fighters, and various weapons.