Zionist youth gather in in the Lodz ghetto for a celebration in front of a Zionist flag and portraits of Chaim Nachman Bialik and Theodore Herzl. 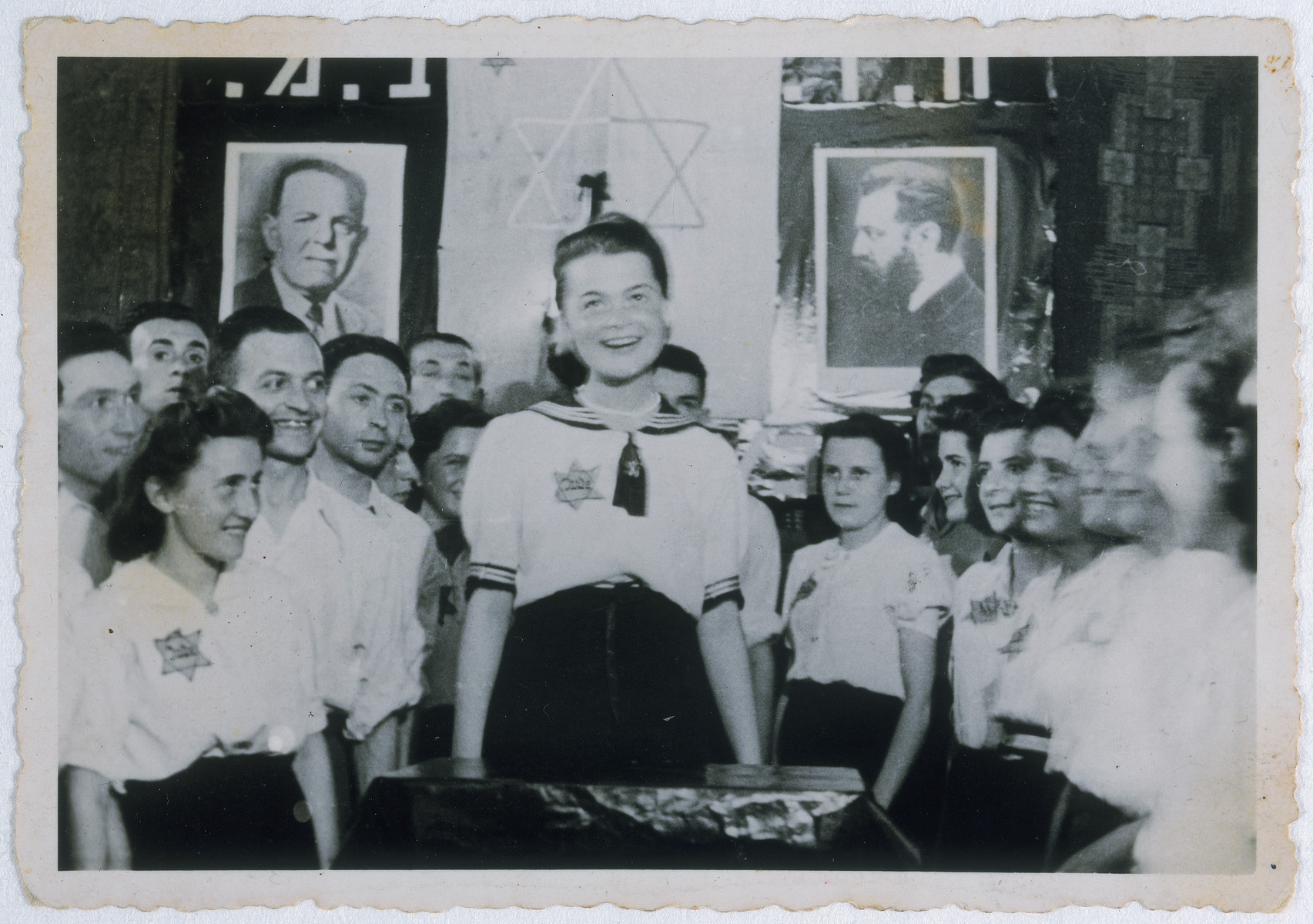 Zionist youth gather in in the Lodz ghetto for a celebration in front of a Zionist flag and portraits of Chaim Nachman Bialik and Theodore Herzl.

Standing in the center of the photograph is Esterka Grynsztajn. First from the left is Ewa Bialer [?].