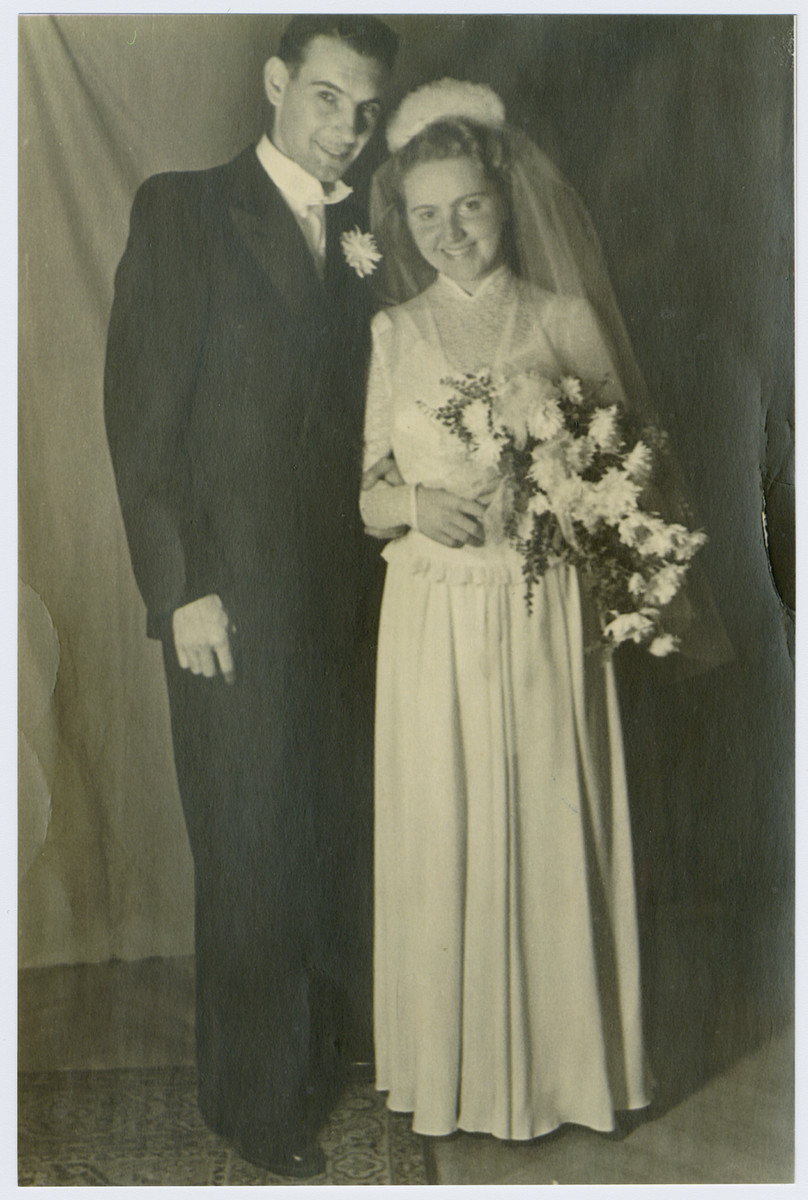 Biography
Lilly Szonyi (born Lilly Wolffers) is the daughter of Siegfried Wolffers (born 1881) and Lina Loeb (born 1889). Lilly was born to an assimilated Jewish family on April 25, 1924 in St. Gallen, Switzerland. She had two older brothers Arthur and Hans. In 1927 her family moved to Berlin. Germany, in response to the economic depression while retaining their Swiss citizenship. Lina had grown up in Merxheim in the German Rheineland and her family still lived in Germany. Her brother, Josef Loeb, was a prosperous fur wholesaler in Berlin and helped establish Siegfried in the fur business. In 1934 Lina's mother, Bertha Loeb, moved to Berlin to be near them. Most of the family remained in Berlin during the early years of Nazi rule despite increasing discrimination. Arthur who planned to become an attorney returned to Switzerland since Jews could no longer attend law schools in Germany. One day in 1936 Lilly walked to school to find herself snubbed and taunted by her friends and classmates because she was a Jew. Soon afterwards she left the Goethe Lyceum where she was she only Jew in her class. She transferred to the Jewish Kaliski School in Dahlem (Berlin), an excellent private Jewish school where she made many close friendships. On the nights of November 9 and 10, 1938, the Nazis launched a massive progrom throughout Germany, later known as Kristallnacht. The Kaliski School was forced to close. Luckily, Lilly's father was not arrested and his store not damaged since they were protected as Swiss citizens. They also succeeded in hiding Josef Loeb and another uncle in their apartment. Afterwards, Lilly's family decided to return to Switzerland and did so on August 1, 1939. Lilly's grandmother Bertha Loeb decided not to go with them, but instead moved to Amsterdam to be near her sister, Rosa Mayer, and Lina's brother, Arthur Loeb and his wife Klara and children. On May 10, 1940, Germany launched a surprise invasion of The Netherlands. Bertha, Rosa, Arthur, Klara and two of Arthur's children, Ida and Rolf, were sent to Westerbork and from there were deported to Sobibor were they were murdered in March 1943. Rolf was born on April 14, 1939 and was less than four years old when he perished. Two older children, Ruth and Jacob, survived by hiding.

After Lilly returned to Switzerland she met a young Hungarian chemistry student: Geza Szonyi. He was born on February 7, 1919, to Susanne(Landmann) and Ladislaus Szonyi, as the only child. Susanna Landmann was born in January 1, 1900 in Cernovitz (Bukovina), part of the former Austrian-Hungarian empire. Ladislaus Szonyi was born in Somlovar (Western Hungary) on July 15, 1895. Ladislaus was a public accountant and Susanna was in the real estate business. Geza completed his middle education at the Verboezy Istvan realgymnasium in the Spring of 1938. Since Jews in Hungary could apply only in very restricted numbers to universities, he went to Zuerich, Switzerland, and was enrolled in the Fall of 1938 at The University of Zuerich. He returned to Hungary in the late Spring of 1939 for a visit. After the outbreak of Wold War II, Geza obtained a Hungarian exit visa and a Swiss entry visa, and returned to Switzerland in October 1939. In 1944 he obtained a Swiss entry visa for his parents, but by then they could not leave Hungary. In late December 1944 or early January 1945, the Arrow Cross (Hungarian Nazi Party) rounded up all Jews living in Buda (the hilly part of Budapest) and shot them at the bank of the Danube, throwing the corpses into the Danube. Geza's parents were among the victims. Geza and Lilly were married on October 7, 1945 in Zuerich and emigrated to the United States in 1953.