SS officers inspect Russian farmhouses while two children and a civilian look on. 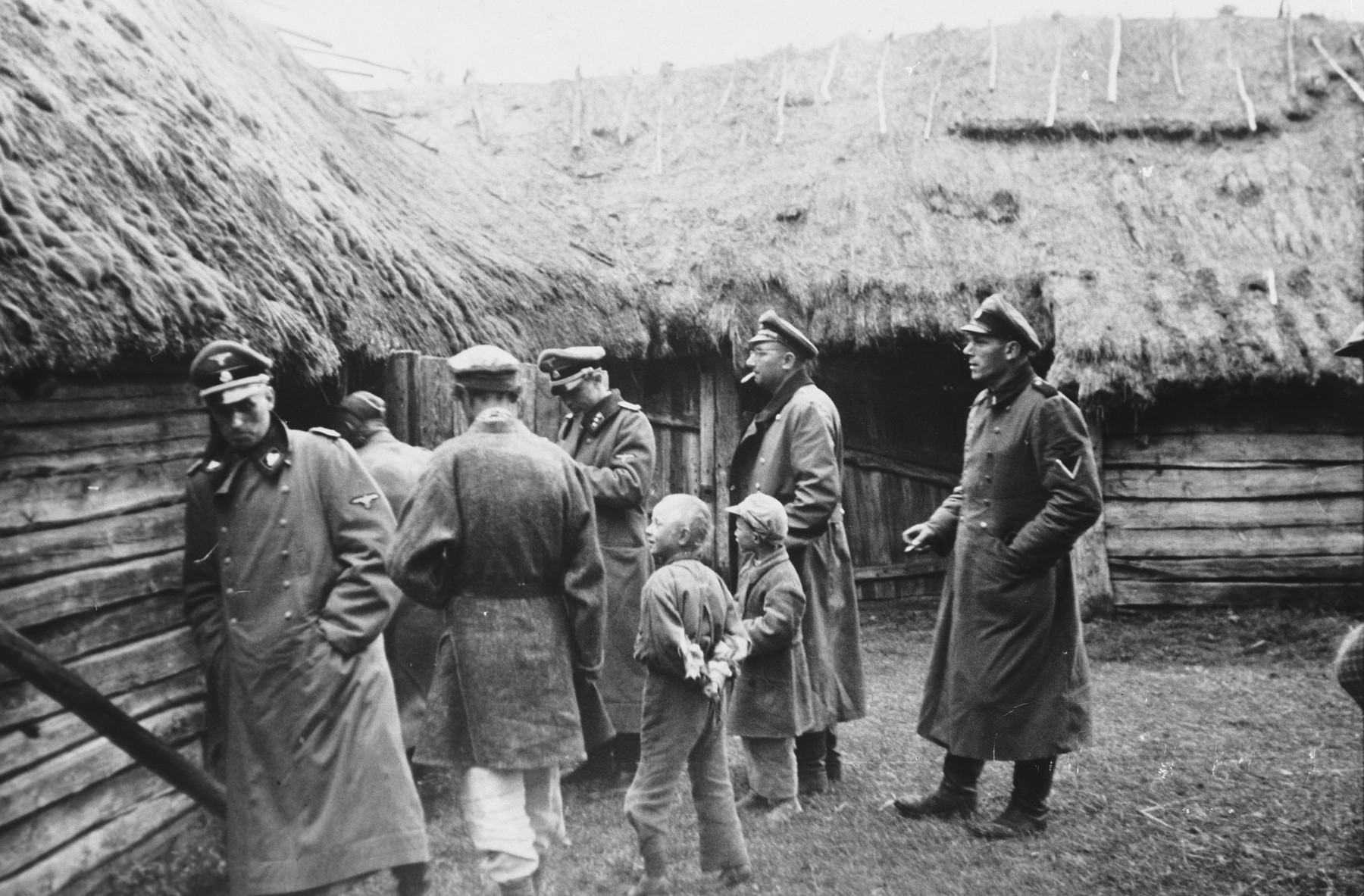 SS officers inspect Russian farmhouses while two children and a civilian look on.

The caption of the SS-Archiv says "Russische Bauernhaeuser in der Prim Okt. 1941" (Russian farmhouses in the Prim October 1941).