Studio portrait of two Czech-Jewish siblings sitting on a step-stool. 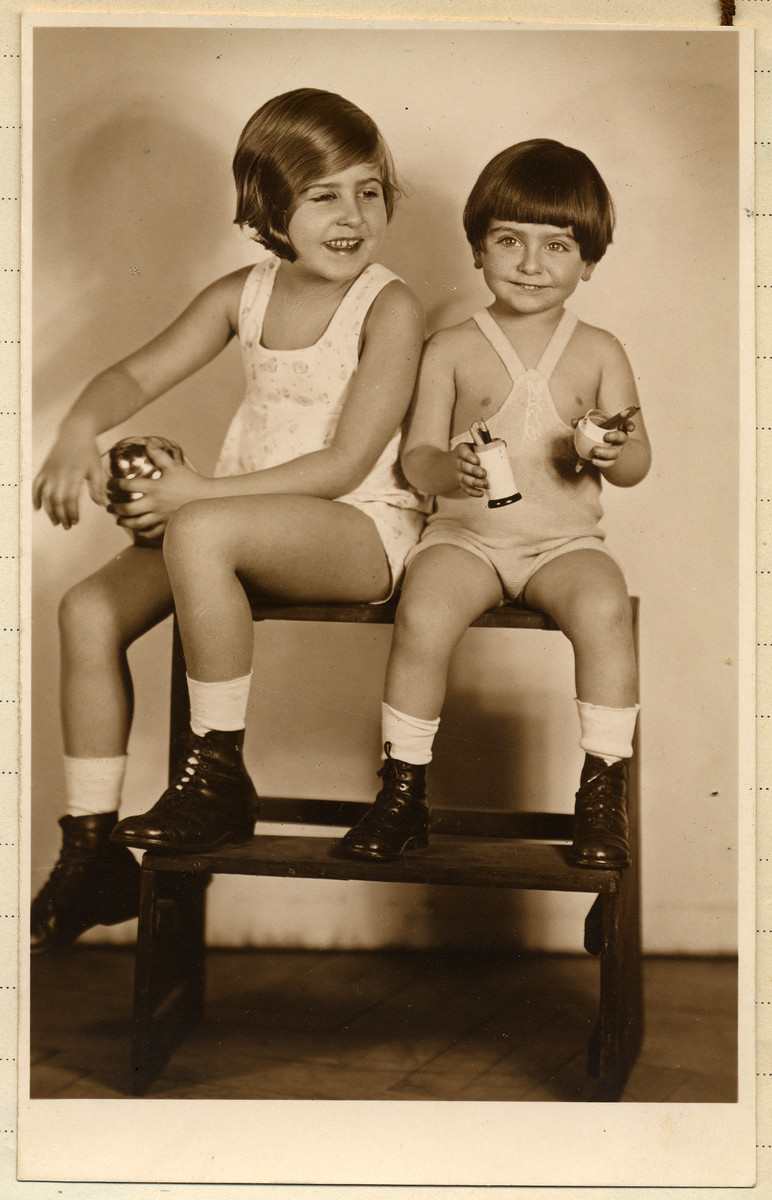 Studio portrait of two Czech-Jewish siblings sitting on a step-stool.

Pictured are Marietta and Michael Grunbaum.