Four young children of Jewish origin participate in the town's celebration of the feast of Corpus Christi on the main square in Nachod. 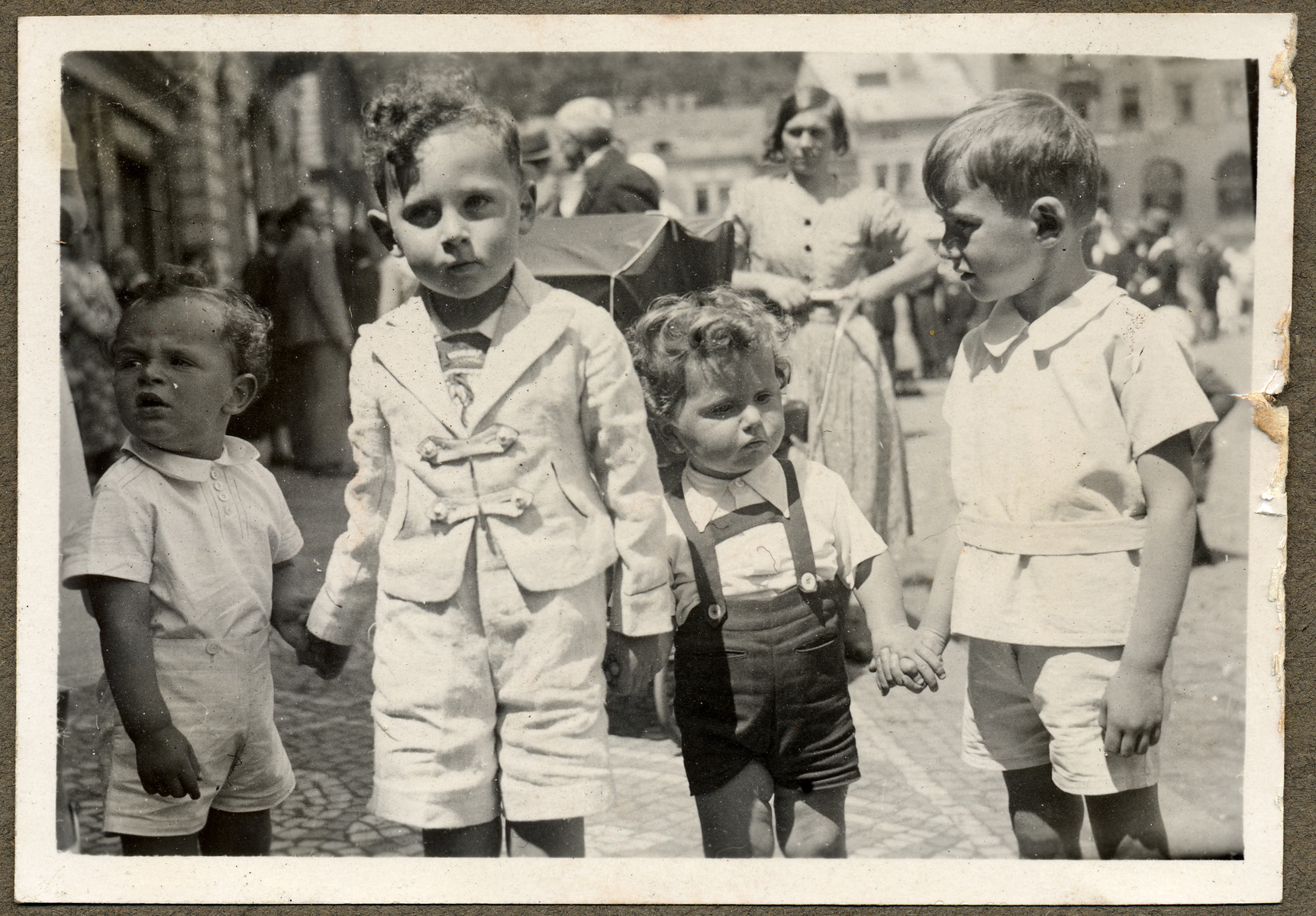 Four young children of Jewish origin participate in the town's celebration of the feast of Corpus Christi on the main square in Nachod.

Pictured from left to right are Tommy Beck, son of Rudolf and Vilma Beck who perished in Birkenau; Michal Kraus; Max Michael Goldschmid who survived the war in Palestine and Ivan Polak, who perished in Dachau.