Group portrait of Belgian-Jews in the Institut de Commerce in Antwerp. 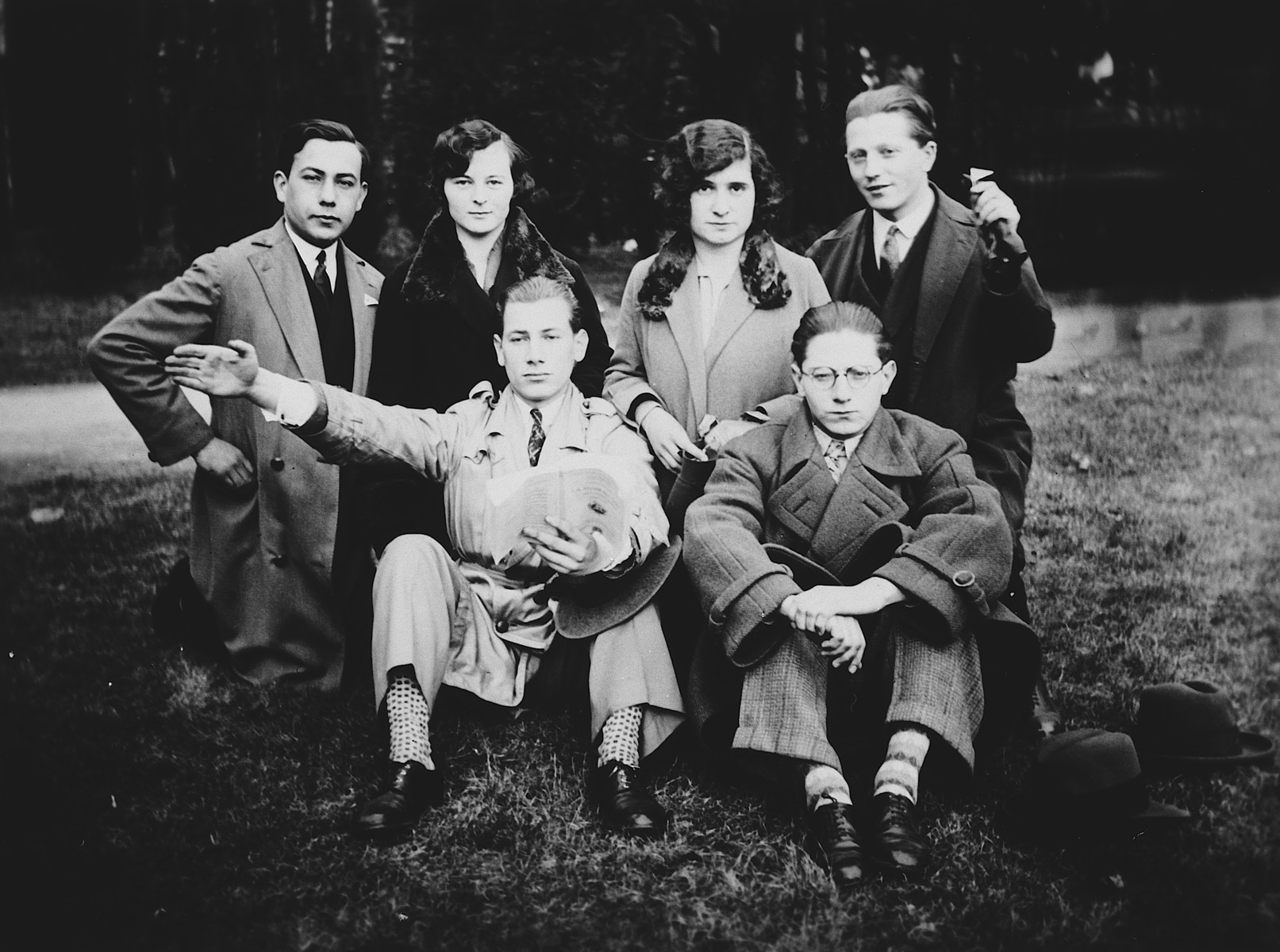 Group portrait of Belgian-Jews in the Institut de Commerce in Antwerp.

Among those pictured are Moise and Lala Iarchy.

Biography
Jean Iarchy is the son of Moise Iarchy (b. August 14, 1908) and Laja Grad Iarcy (born Feb. 14, 1909). Jean was born on May 4, 1939 in Antwerp, Belgium where his father was a diamond merchant and his mother worked as an accountant. Jean's parents were affiliated with the Portuguese synagogue in Antwerp and served on the Board of Jewish Welfare in Antwerp (DE CENTRALE) as well as on the Board of the Jewish Cemetery in Putte (Netherlands) Frechie Stichting. Shortly after Jean's first birthday, Germany launched a surprise attack on Belgium on May 10, 1940. The Iarchys tried to flee to the coast, but as they could not get to England, they returned to Antwerp. Over the next two years, the family became subjected to numerous antisemitic edicts. When the situation of Jews in Belgium became even more precarious, Jean, his mother and grandmother went into hiding. In the beginning of 1942, a member of the resistance, Eugene Cougnet, brought them to his castle, the Chateau de Bassin. Since some 60 Jews also were hiding there, Laja decided that it was not safe to remain in the castle. They Iarchys left on October 24th, 1942; the Gestapo raided the castle the following day. Jean and his mother, helped by Joseph Lebouttte, another member of the resistance, then hid in Durbuy in the house of Mlle. Pierre. Jean's father, Moise Iarchy, tried to join them. However, he was caught at the station of Malines (caserne Donin) and deported on the XII convoy 713 on September 15, 1942. He threw out a postcard from the train which reached his family. They also received another card from the Comin caserne. That was their last contact with him. Moise Iarchy perished in Golleschau, an Auschwitz sub-camp, on January 14, 1943. Laja, Jean's grandmother and Jean stayed in Durbuy for the remainder of the war. Laja purchased a spinning wheel there and supported the family spinning wool and knitting stockings and sweaters. (In 2005 Jean donated this spinning wheel to the USHMM.) In September 1944 Jean's family was liberated by the U.S. army, and they returned to Antwerp the following summer in time for Jean to start school. In 1983 Eugene Cougnet was recognized by Yad Vashem as Righteous Among the Nations, and Joseph Leboutte was recognized in 1999.