Two Jewish siblings dig in the sand at the beach in The Netherlands. 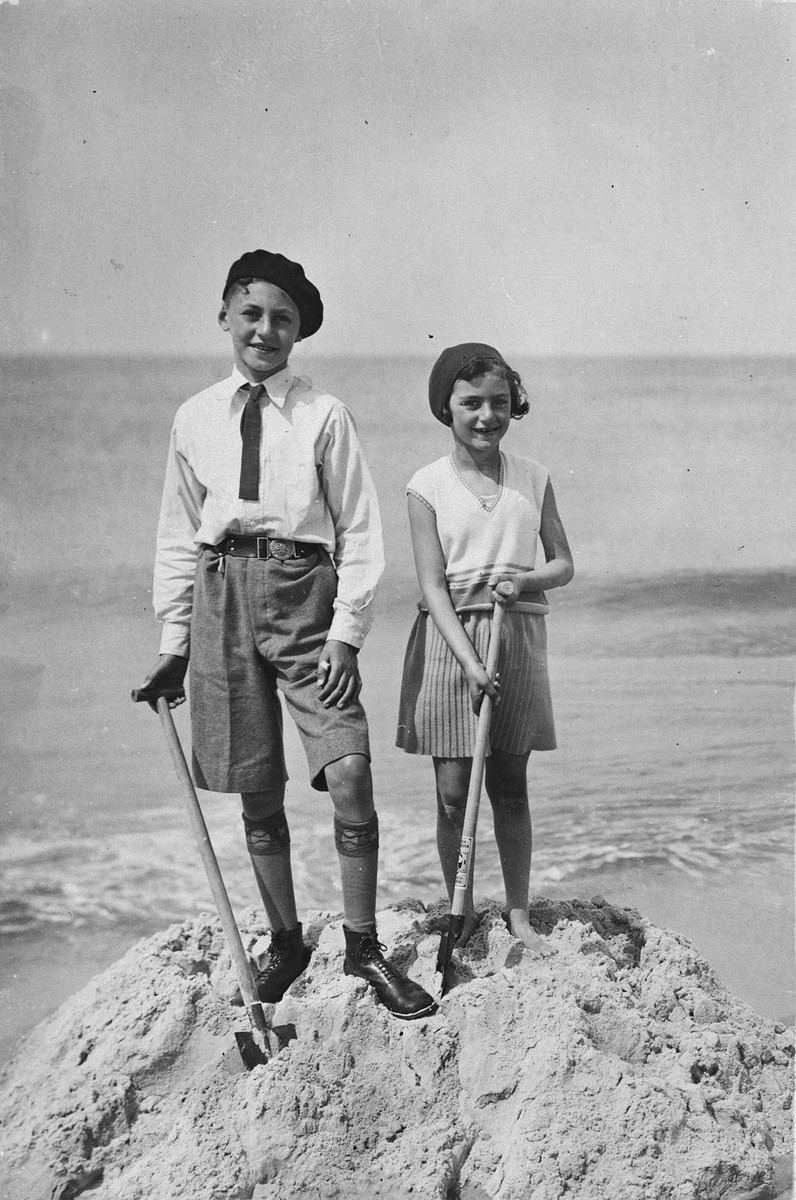 Two Jewish siblings dig in the sand at the beach in The Netherlands.

Pictured are Joachim and Hilde Jacobsthal.