Studio portrait of a family of Dutch rescuers and the Jewish child they were hiding. 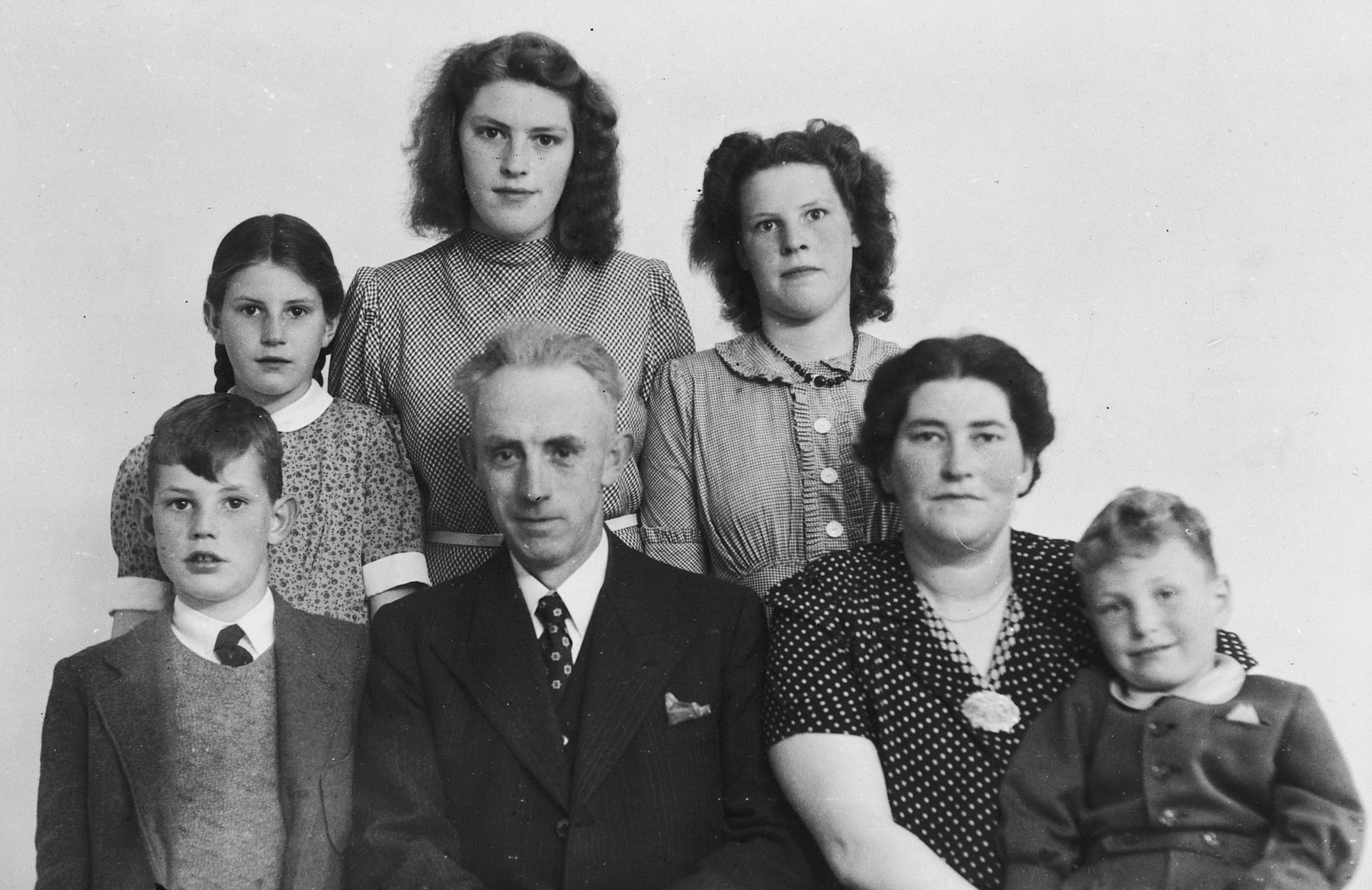 Studio portrait of a family of Dutch rescuers and the Jewish child they were hiding.

Pictured are the family of Berend Philip Bakker and Jeltje Bakker-Woudsma. The Jewish child, Harry Leo Davids is sitting in the front row on the far right. Sytske Bakker is standing behind her mother on the right.

Biography
Sytske Huisman-Bakker is the daughter of Berend Philip Bakker and Jeltje Bakker-Woudsma. She was one of four children. Berend Bakker belonged to the Westerweel group, a rescue operation that smuggled dozens of Jewish refugees from Holland to Spain. He and his wife hid a Jewish child during the war named Harry Leo Davids. Harry's own parents perished, and after the war he went to live with his uncle from South Africa. In 1987 Berend and Jeitje Bakker were honored by Yad Vashem as Righteous Among the Nations.