A vendor sells used books on a street in the Warsaw ghetto. 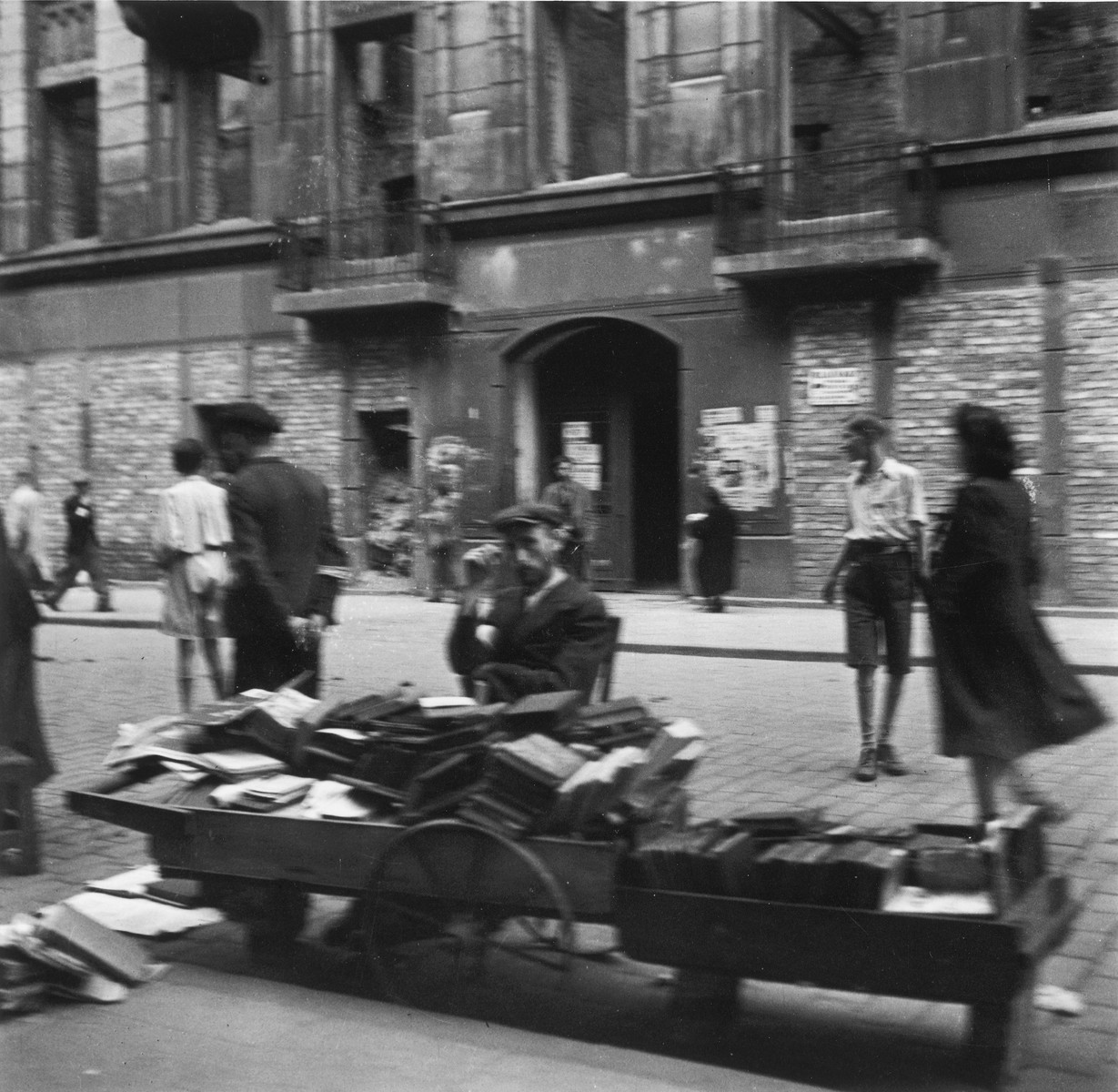 A vendor sells used books on a street in the Warsaw ghetto.

Joest's original caption reads: "I remember quite clearly that I asked myself how these people could buy books when they had nothing to eat. I don't recall the location of this picture. There were many such book carts."