Jewish displaced persons pose in front of the ship "Transylvania" prior to their departure for Israel. 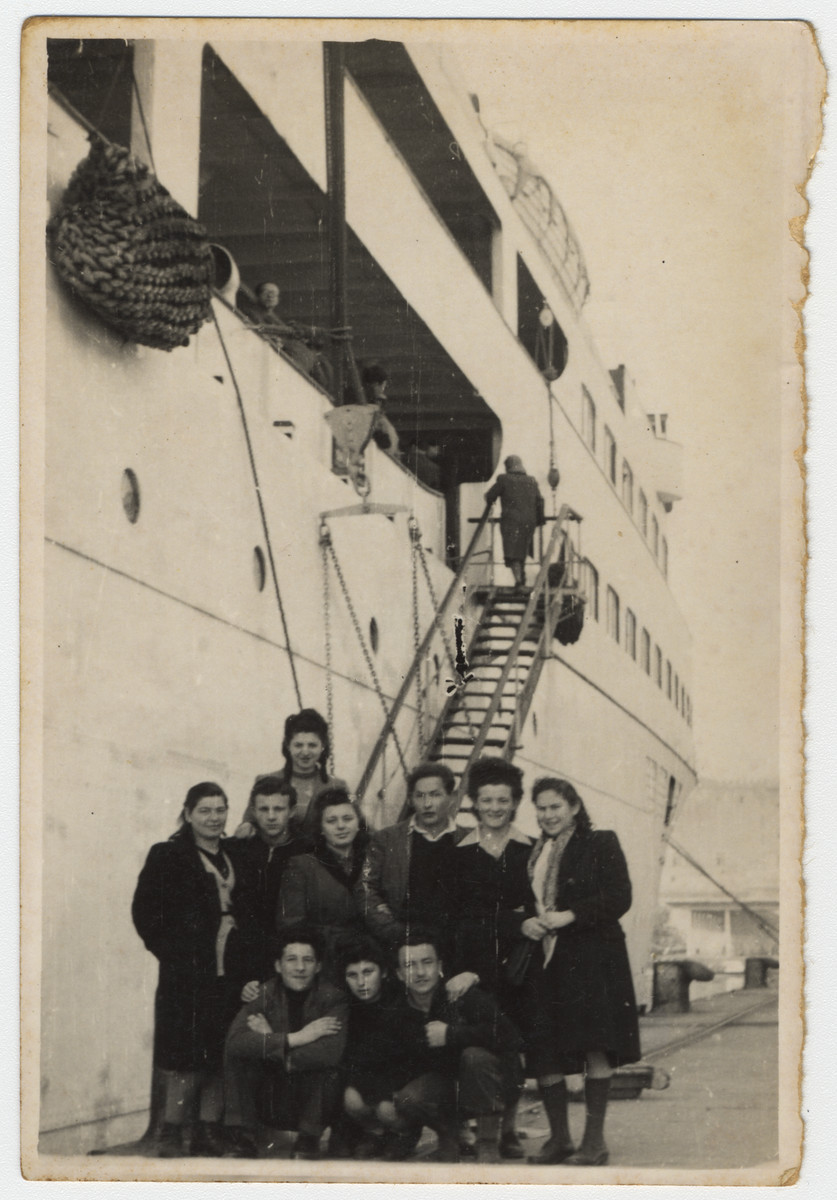 Jewish displaced persons pose in front of the ship "Transylvania" prior to their departure for Israel.

Among those pictured is Max Schanzer.