A young Jewish girl in hiding walks in the field next to a an older peasant boy. 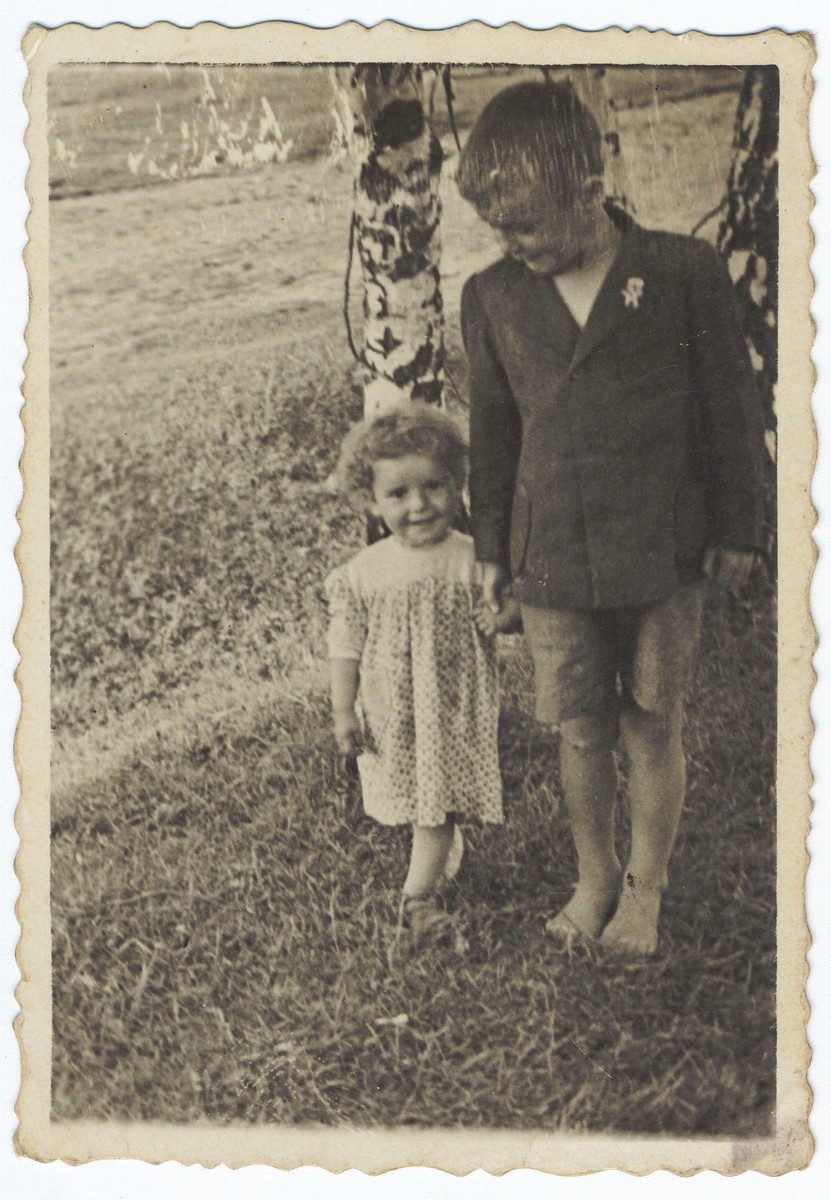 A young Jewish girl in hiding walks in the field next to a an older peasant boy.

Pictured on the left is Krystyna Lindenbaum.