Class photograph of a kindergarten/nursery school in Kaunas. 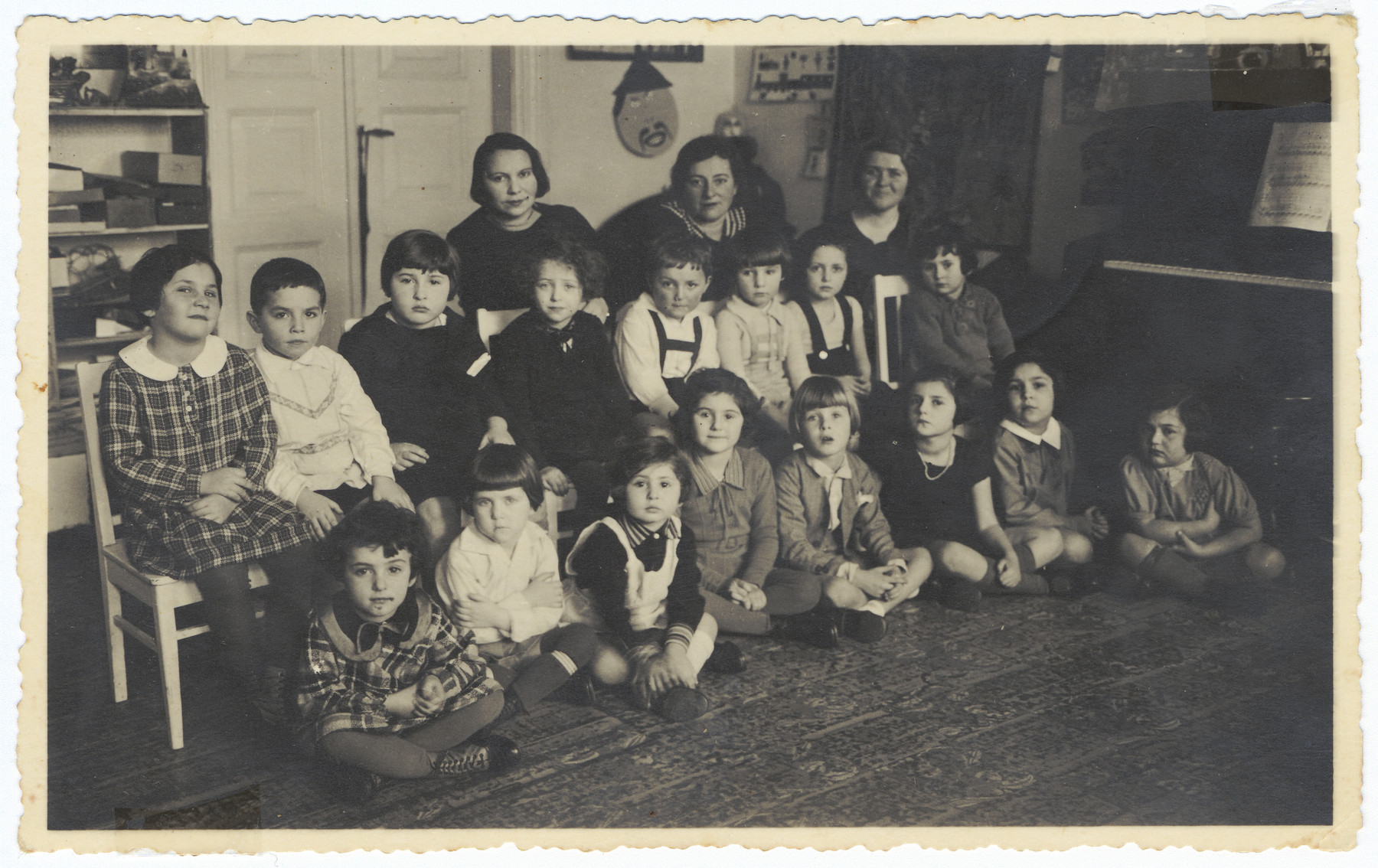 Class photograph of a kindergarten/nursery school in Kaunas.

Among those pictured are Rina Ilgovsky (front corner), Golda Rudashevsky (second row, second from the right) and the teacher, Anna Varsavskiene (center, back row).