A young Jewish child who is living in hiding in The Netherlands, cradles her doll in her rescuers apartment. 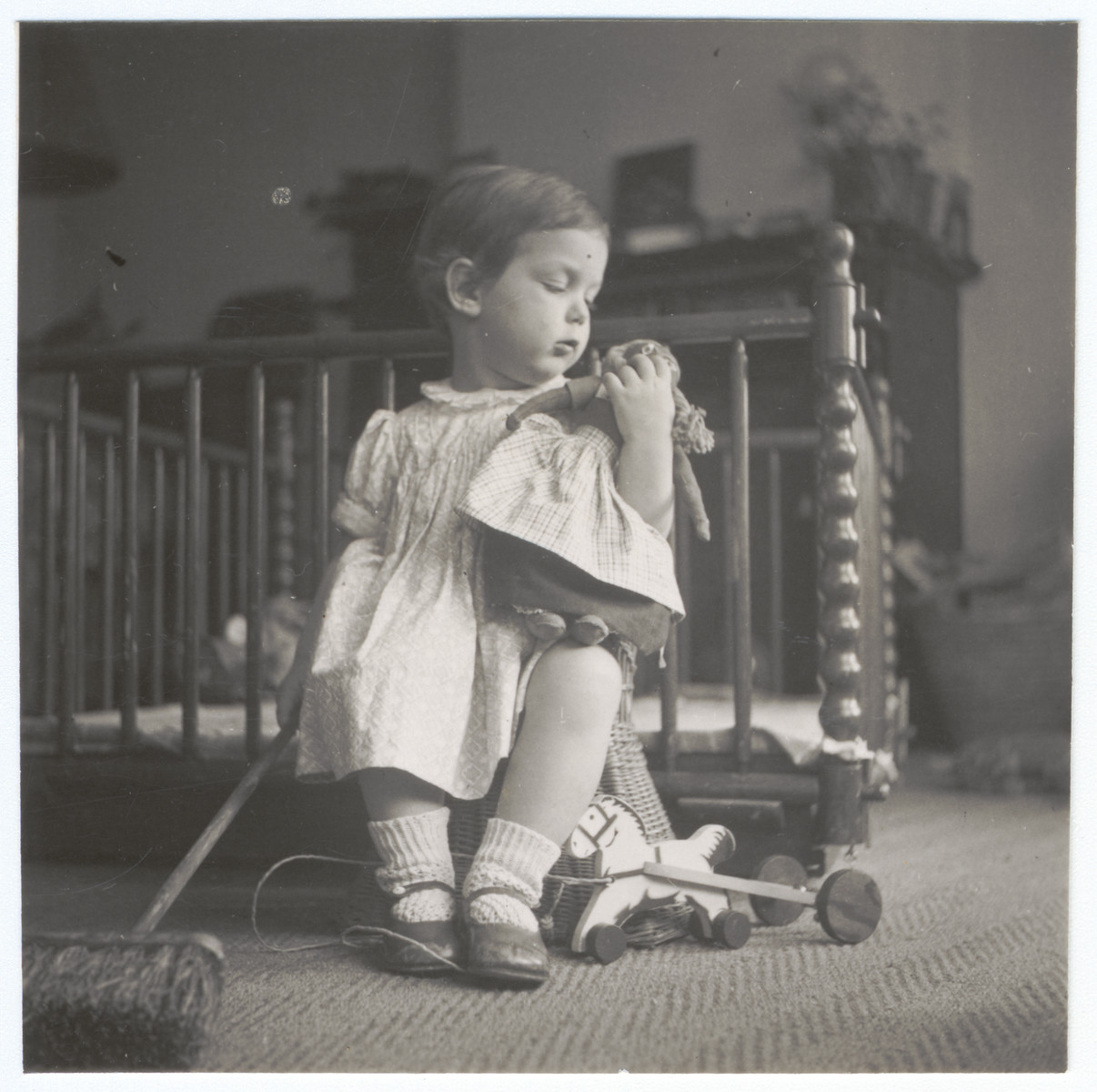 A young Jewish child who is living in hiding in The Netherlands, cradles her doll in her rescuers apartment.

Biography
Louise Israels (later Lawrence-Israels) was born 1942 in Haarlem, The Netherlands. When Louise was only six months old, she went into hiding with her parents and older brother. The family hid on the 4th floor of a row house in Amsterdam for the duration of the war. On June 6, 1944, U.S., British, and Canadian forces crossed from England onto the beaches of Normandy, France, signaling the beginning of defeat for the Nazis. During this time, air raids were common, and Louise and her family were forced to seek refuge on the staircase-the safest part of the house to which they had access. Louise's mother had prepared an emergency basket for them to take with them during these raids. Louise was three years old when the war ended and her family was freed. Not having been outside, Louise had difficultly initially being outside and adjusting to a world without walls. Louise and her family then moved to Stockholm, Sweden. In 1948, she returned to Holland, where she earned her degree in physical therapy. She married Sidney Z. Lawrence in 1965 and immigrated to the United States in 1967.